Microsoft earlier today praised its Azure cloud platform for being able to easily handle a massive 2.4Tbps bandwidth distributed denial of service (DDoS) attack which it encountered back in August of this year. The Redmond giant notes that this attack was more than twice as powerful (+ 140%) as the one it had faced the previous year and it is by far the largest DDoS assault Azure has ever taken. Interestingly, it was also in August when Cloudflare said that it too was hit by the biggest DDoS flood ever in its lifetime. 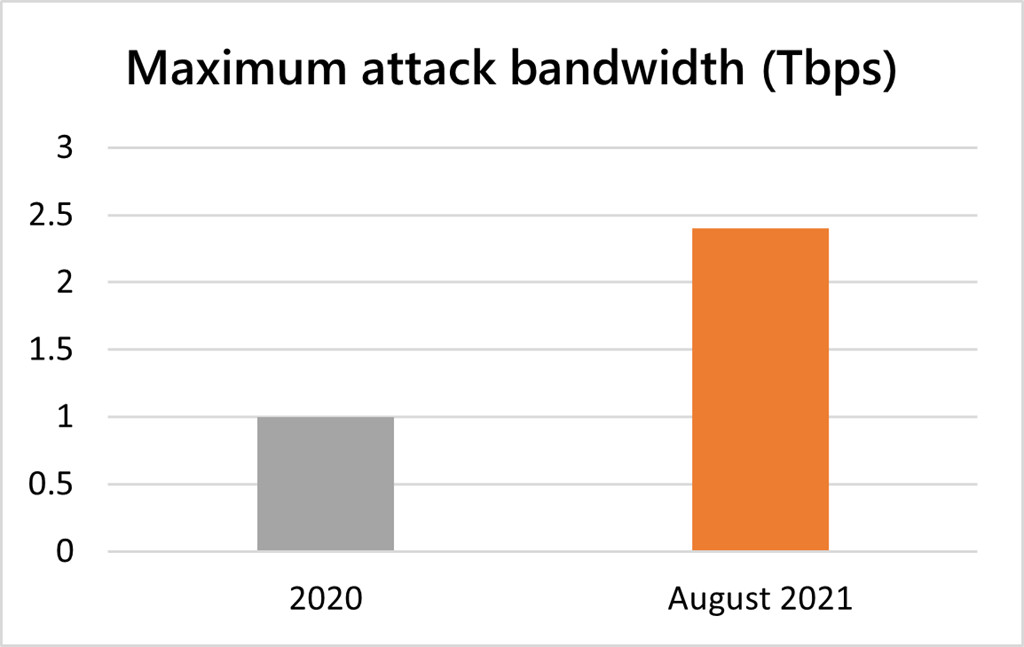 Microsoft notes that this particular attack was a User Datagram Protocol (UDP) reflection hit which is able to amplify the strength of an attack by enormous factors. The traffic originated from around 70,000 sources and from across multiple countries in the Asia-Pacific region, like Malaysia, Vietnam, Taiwan, Japan, and China, as well as from the U.S.

The firm however says this wasn't particularly a problem for Azure as it is protected with the help of "distributed DDoS detection and mitigation pipelines" which "can absorb tens of terabits of DDoS attacks".

With the aid of its control plane logic, attack traffic from those regions in Asia-Pacific and the U.S. was successfully mitigated near the sources which prevented them from reaching customer region, that was based in Europe.