Microsoft just announced a new handset, and no, it's not another Lumia or the rumored Surface Phone. The company today unveiled the Nokia 216, a new feature phone. 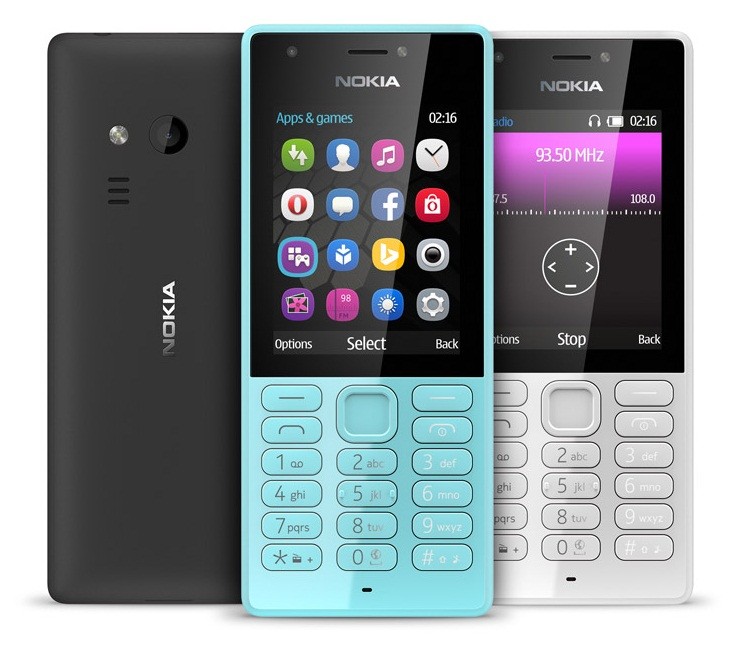 The device comes before Microsoft completes its sale of its Nokia rights and feature phone division to Foxconn's FIH Mobile for $350 million.

The Nokia 216 has a 2.4-inch QVGA screen, with a resolution of 320x240. It packs 16 MB of RAM, 0.3MP rear and front-facing cameras, which are both accompanied by a flash. The device's storage can be expanded up to 32GB using a microSD card. It runs Series 30+ OS, which Microsoft is using for its feature devices. It has a headphone jack as well.

Moreover, it comes with a built-in torchlight, FM radio, MP3 and video player. You can also take advantage of built-in apps, such as Opera Mini, Opera Store, Bing search, and MSN Weather. Owners of these devices are also entitled to a free download every month for one year of one Gameloft game.

The Nokia 216 can last 24 days on standby, with a maximum talk time of 18 hours. It has extra features like Glance Screen, Facebook, Bluetooth 3.0, and support for IPv6, among many others.