Microsoft has been very busy today on the Office front. It launched its long awaited Office suite of Word, PowerPoint and Excel apps for the iPad and made Office Mobile for the iPhone and Android smartphones free for home users. Now there's word that the OneNote app for Apple's tablets has a new version that is designed to match the look of Office for iPad. 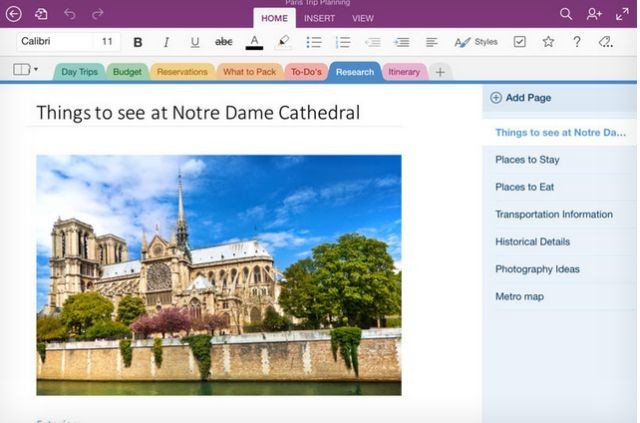 The 2.2 version is now available in the iOS App Store, and as the screenshots indicate, it now has a UI that better fits with the look of Office for iPad and for iOS 7 in general. So far, the OneNote app for the iPhone has not gotten such an update. In addition to the interface changes, the new OneNote for iPad version now allows for photos of whiteboards and documents are to be auto-cropped and enhanced inside the app.

Microsoft recently announced that all versions of OneNote are now stand alone applications and are free to use, including the new Mac and Windows desktop ports. There will still be premium features for Office 365 and Office 2013 owners such as SharePoint support, version history, Outlook integration and more.