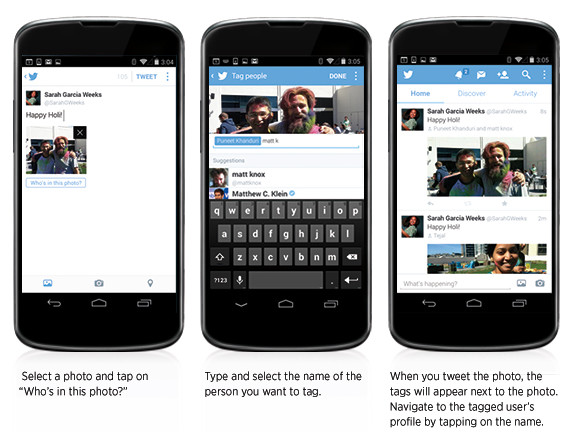 Twitter has released two new features that could make the social media giant more social. In a move that's similar to other social media services like Facebook, Twitter has announced the ability to tag friends in photos. The new service will allow you to tag up to ten people at which point they will receive a notification. Twitter is offering privacy adjustments of the tagging feature that will allow users to remain untagged, allow anyone to tag a user in photos, and to only allow followers to tag. This feature will also work with protected accounts allowing users of that follower to see the tagged photos. By default, protected accounts cannot be tagged but the user can choose to override this feature. 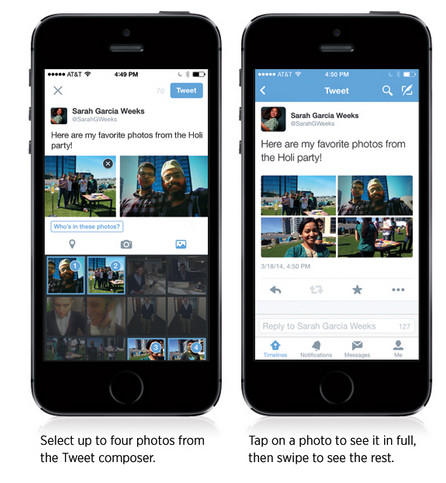 The second feature is the ability to post up to four photos in one tweet. This feature will automatically create a collage with photos that are uploaded to a tweet. Both of these new features will not count towards your character count meaning you will be able to tweet with a full 140 characters in addition to the added pictures.

This feature is currently available on iOS and will later become available on Twitter.com and Android devices.