Microsoft had a big event last night talking about the future of the Cloud and how that is core to the company’s efforts going forward. But there was also a smaller, yet important, announcement buried there. Starting today, Microsoft will be using its Azure platform to help fight Ebola. 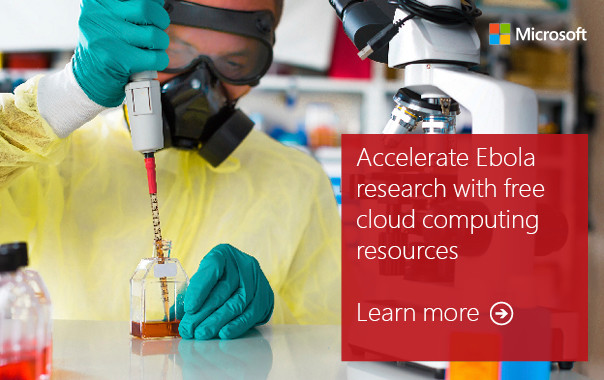 Satya Nadella, the company’s CEO, announced on stage yesterday that researchers from academic institutions will be able to leverage the power of Azure to help their research against this infectious disease that is currently spreading fast in West Africa.

Cloud computing, or rather distributed computing, has played a big part in medical research in the last few years and Microsoft is continuing that trend and helping fight a growing global problem.

Researchers interested in the offer- which is totally free of course – will need to submit a small proposal explaining what resources they need and how they will be using them. There’s no cut-off date for proposals known at this point either.