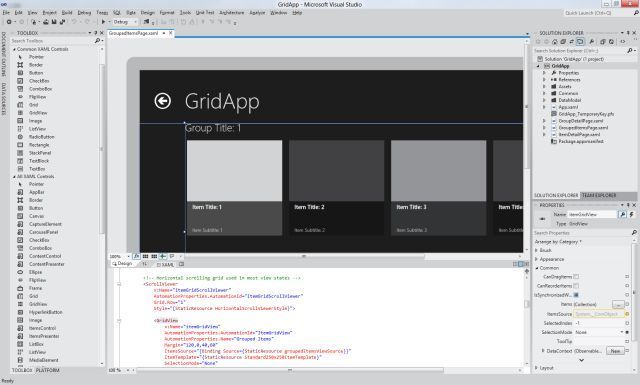 It's been a very busy 24 hours for Microsoft as far as new software releases are concerned. It has launched the Windows 8 Consumer Preview version earlier today as well as the Windows Server 8 beta. A few hours ago, it also launched its free-to-play flight simulator game Microsoft Flight. Now Microsoft can add the beta version of its Visual Studio 11 software development tool.

As promised a few days ago, Microsoft has now launched the beta for Visual Studio 11 at its official web site. Technically Visual Studio 11 is a code name for what Microsoft will likely call Visual Studio 2012 when the final version is released. The software development tool has a number of new features. One of the most controversial changes, as least going by the comments from developers on the Visual Studio blog site, is the decision to eliminate the use of color in the graphics "except in cases where color is used for notification or status change purposes."

Visual Studio 11 also cuts down on the number of commands that appear on the default version of the program's user interface. It also has improved search features, adds Preview Tabs and uses what Microsoft calls workflow hubs to allow developers to work on programs via a single window. Of course, Visual Studio 11 has full Windows 8 support.