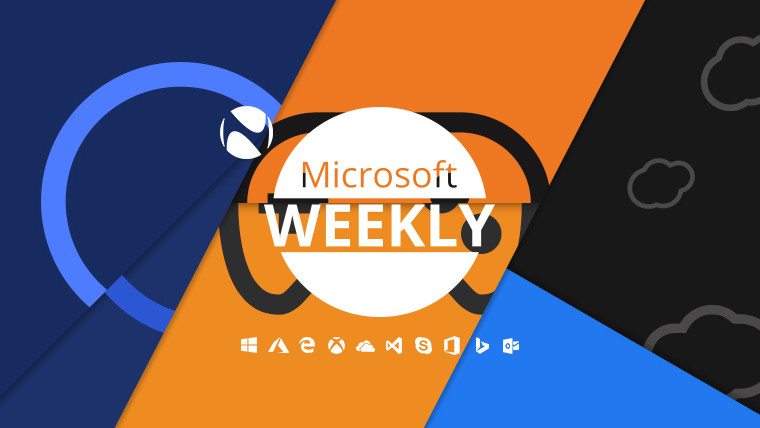 As usual, the news never stops, and news about the Redmond giant in particular follows the same sort of pattern. The past seven days for example, have brought a split in the Release Preview ring, a Streamer Review program for Mixer, and even a dark mode announcement for Microsoft 365. You can find that – as well as the usual little bit extra – below, in your Microsoft digest for the week of August 24-30. 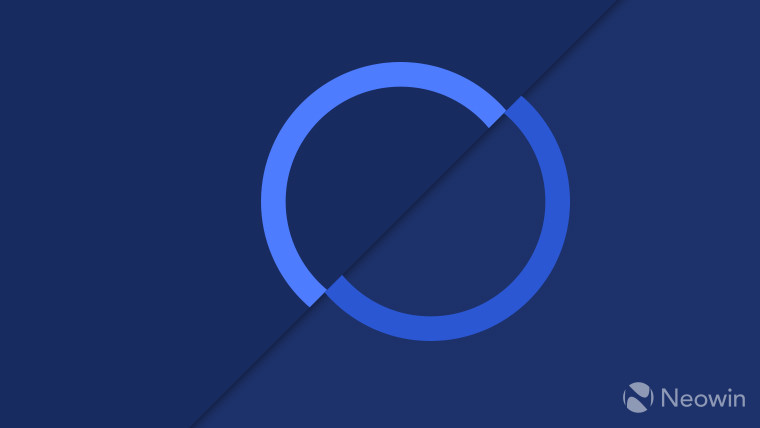 This week has been quite packed in terms of build and update releases, so we’re going to tackle them in order of user availability – that is to say, starting with Windows 10 1903.

For its part, the May 2019 Update seems to have finally broken the 30% mark, which is interesting given that version 1909 is just around the corner.

On a not so positive note, folks have reported that upon installing the optional update listed under KB4505903, which increments the build number to 18362.267, Bluetooth speakers stopped working. The symptoms include either failure to connect, the speaker actually connecting but audio coming from the internal speaker, or poor quality audio upon establishing the connection. Even with the advent of this month’s Patch Tuesday and build 18362.295 (KB4512508), the issue is still present. To correct it, open a command prompt with administrative privileges, run “sfc /scannow”, then reboot upon completion, which should repair the corrupted or missing files.

What the Release Preview 1903 and Release Preview 19H2 do share though is the revision number, namely .329. If you’re on 1903, the update (KB4512941, carrying build number 18362.329) fixes issues with games and Spatial Audio, touch text box input, bugs with DRM content, and Win32 apps’ compatibility with Windows Mixed Reality. Oddly enough, there are no listed known issues. Be advised that some folks are reporting high CPU usage for SearchUI.exe after installing this update.

Speaking of the various Insider rings, folks in the Fast ring got to play with build 18970, which brought some improvements to tablet mode and the enabling of the previously spotted Cloud Download option for resetting your PC. A number of things have been fixed, including the DWM memory leak, as well as the lsass.exe crash and some UI bugs. Known issues remain identical, with the exception of text in the Devices pages in Settings not rendering correctly or search not working if Insiders are using certain display languages, such as Polish. The latter can be fixed by switching to English, then back to your preferred language.

If you’d like to check it out in a bit more detail, we’ve got you covered with this hands-on video.

Those who were eager to test out the next version of Windows Server got to play with build 18965 released this past week, though as usual, it included no new features.

What did bring in new features was RC1 for SQL Server 2019 Reporting Services, which added support for hosting of database catalogs with Azure SQL Managed Instance, support for Power BI datasets hosted in Power BI Premium, and more. Not long afterwards, the RC1 refresh for SQL Server 2019 proper was released, focusing on Big Data Clusters as its headline feature.

Last but not least, in further update-related news, businesses will seemingly be able to extend Windows 7 security updates for one year for free. This is a bit of a change of plans compared to the previous approach which required business to pay an ever-increasing fee to receive security updates past the decade-old OS’s End of Life date on January 14, 2020. 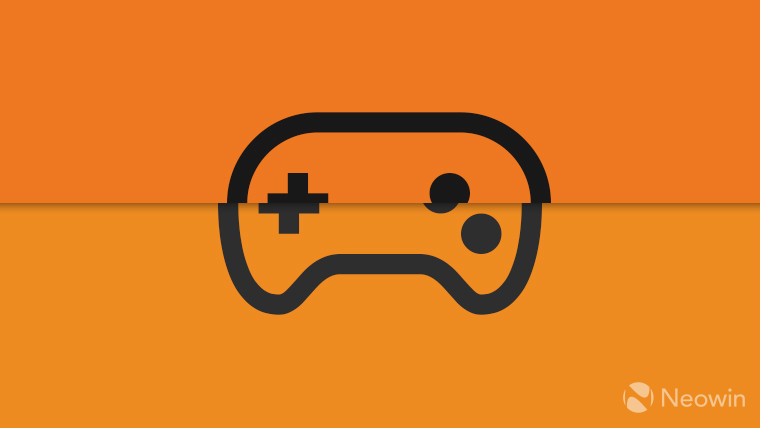 In case you though that gamescom ending meant gaming news would be dying down, that’s fortunately – or unfortunately, depending on how you see it – not happening.

In related subscription news, Xbox Game Pass (XGP) users can support Mixer streamers for free. What this means is that if a new user signs up for XGP or upgrades Xbox Live Gold to Xbox Game Pass Ultimate, said user has 30 days to enter a code for their preferred streamer in the Game Pass app on Android and iOS, or the Xbox beta app on Windows. This will grant a $3 bonus to the chosen creator at no cost to the user.

Since we mentioned Microsoft’s streaming service, Mixer, it’s worth noting that it is getting something dubbed the Streamer Review program, starting September 4. If you want to stream using your camera, you’ll first need to go through the Steamer Review, which consists of watching a Mixer Safety video and waiting for 24 hours. If you use a camera and haven’t opted in by the launch date, you won’t be able to stream until you go through the review process. Furthermore, streamers are now able to limit chat users to a certain level (similar to the way subscriber-only chat, for example, works on Twitch).

In other gaming news, The Coalition’s upcoming title, Gears 5 is based on Win32 instead of the Universal Windows Platform. The decision likely has to do with Microsoft’s decision to also release its first-party titles on Steam, which does not support UWP.

Also through Steam is how the latest round of Halo: Reach PC was tested with invites for 10,000 players. This is the first game, in chronological order, that’s coming as part of Halo: The Master Chief Collection on PC, being followed by Halo: Combat Evolved, and the rest of the series.

Last but not least, Xbox One version 1910 is now feature-complete, although we don’t really know what said features are, apart from two: the removal of Cortana, and the arrival of a (slightly) redesigned Dashboard. The latter was being tested by 50% of Insiders in the Preview Alpha ring, though the company recently rolled back the change “in preparation for additional testing”. 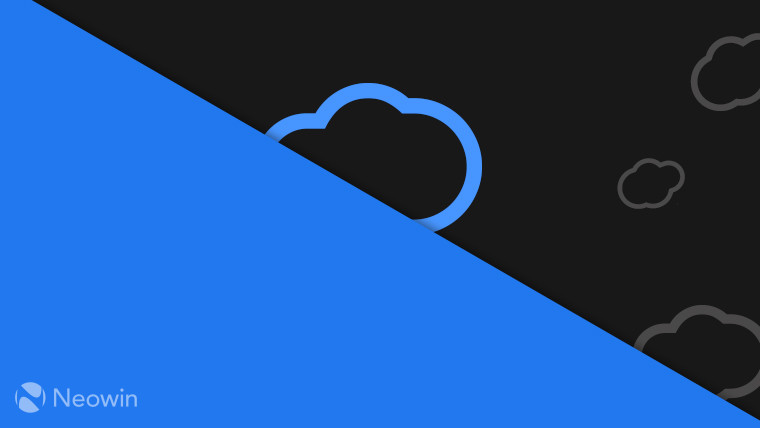 Although entire sections of this column don’t usually get dedicated to cloud news all that often, this week is the exception due to the sheer volume of news.

On the one hand there’s dark mode for the Microsoft 365 suite, currently rolling out for Outlook on iOS and Android plus Office.com, as initially teased. What wasn’t teased was the fact that Word, Excel, PowerPoint, SharePoint, OneDrive, Planner, and To-Do will also get dark modes later this year when Apple introduces iOS 13, and Google starts rolling out Android 10. Later on, Planner and OneDrive on the web will also get dark modes of their own.

Hopping onto Azure, the previously announced VMware solutions capability announced earlier this year has gotten an expanded tool set, with availability being extended to eight regions across the U.S., Western Europe, and Asia Pacific by the end of 2019.

Sticking to locations, two new Azure regions have been added, this time in Switzerland. Specifically, these are Switzerland North (located in Zurich), and Switzerland West (located in Geneva). The expansion has been undertaken due to the increase in customer demand for its cloud services.

In other news, IoT Messaging was also unveiled this week, allowing for cross-Azure IoT collaboration, in conjunction with the announcement of PyTorch 1.2 now being fully supported on Microsoft’s cloud offering.

If you’re using Microsoft 365, the package has gotten a fair few enhancements this month, like the addition of a new XLOOKUP formula in Excel, the ability to insert graphs and shapes into a notebook page in OneNote for iPad, expanded FastTrack guidance for folks migrating from Windows 7 and Office 2010 to Windows 10 Enterprise and Office 365 ProPlus, and more.

Dynamics 365 Guides, the HoloLens mixed reality app which provides holographic instructions for technical processes. Version 104.1908.24001 has accessibility improvements, including better contrast – plus a high contrast mode for the PC app -, and the addition of Narrator. 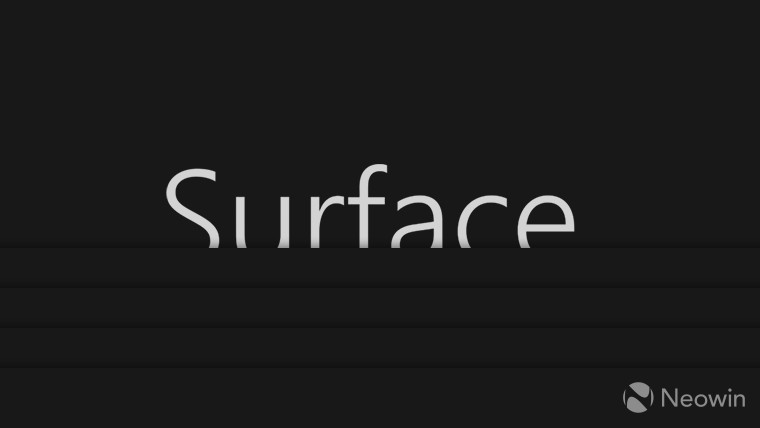 We end the column on an interesting note about Surface devices, both in terms of reliability and upcoming related events.

Earlier this week, Microsoft sent out an invite for an event in New York on October 2. It’s likely that we’ll see a Surface Pro 7 and Surface Book 3 debut, the former of which might sport a Snapdragon 8cx-powered model. The dual-screen device running Windows Lite, codenamed Centaurus, may also make an appearance, though that’s a little more on the vague side.

This is a less than ideal situation for the company to be in, given the recently reported battery issues across a number of the Surface devices. Some folks are reporting that these issues have cropped up after installing 1903, and that the units in question were fine pre-update.