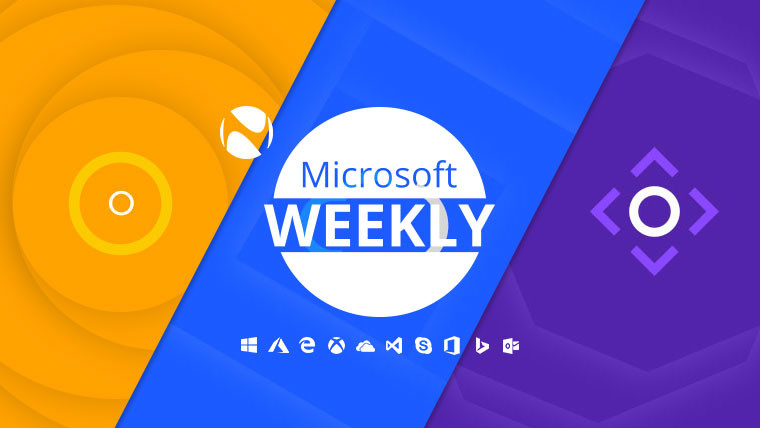 It’s been a bit of a quiet week, though we did get the usual Insider build, plus some Dynamics news, and even the various AI-enabled contributions Microsoft has been making to fields like agriculture and wildlife conservation. You can find that – as well as the usual little bit extra – below, in your Microsoft digest for the week of August 3-9. 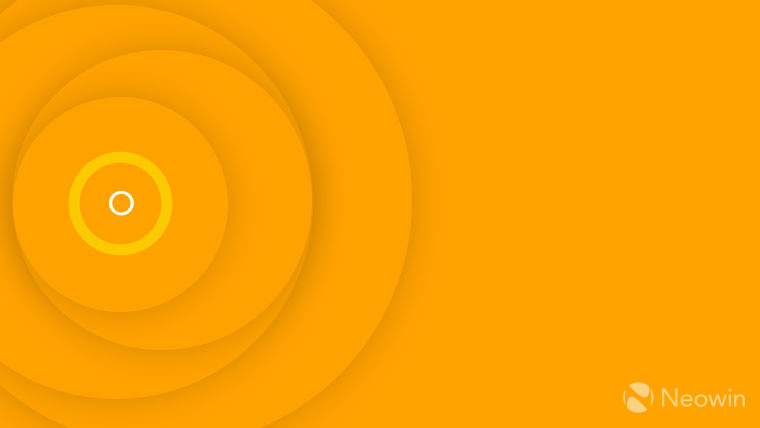 While the Redmond giant has been delivering various Insider builds at a fairly regular pace, ISOs haven’t been quite as common. About a month ago, the second 20H1 set of ISOs was released – namely for build 18932 -, images which have been followed up this week by those for build 18950. As usual, the disc images are provided in Windows 10 Insider, Enterprise, and Home China variants, in x86 and AMD64 flavors.

Joining the release above was also the identically numbered SDK Preview build that really doesn’t have anything major in terms of new features. We’re still more than half a year away from 20H1 though, so this is not too surprising.

On the other side of the fence, the Fast ring testers got to play with build 18956 of the 20H1 branch, which brought a redesigned Network Status page with integrated Data Usage stats. Additionally, the Traditional Chinese IME got a few tweaks, as did Notifications, the Cortana app – which is now rolling out to more people – and you now have the ability to make Calculator to be always on top.

Fixes were present too, resulting in Print Screen snipping no longer causing problems, the touch keyboard button behaving as expected, the search dropdown no longer becoming disconnected from the search box in File Explorer, and more. The issue regarding Tamper Protection is being resolved, but the Realtek SD card, anti-cheat software, and Japanese IME bugs are still present, along with one which causes the Network status to be displayed incorrectly when you’re connected via cellular, even if you’re able to use the connection perfectly fine.

If you’re coming from the May 2019 Update and switching to the Slow ring, you’ll get either build, though it’s not exactly clear which one since this’ll be up to a virtual coin toss of sorts. 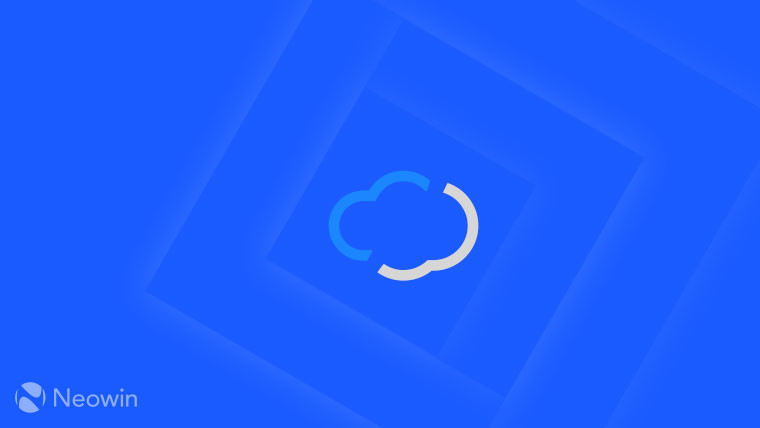 There have been a fair few things taking place in terms of cloud news in regards to Microsoft, but one of the promises outlined last year has finally come to fruition this past week.

Some folks may be familiar with Dynamics, the software giant’s enterprise resource planning solution which came in either Dynamics 365 or Dynamics NAV flavors for either cloud or on-premises solutions. The latter has now been renamed to Dynamics 365 Business Central, and has been revamped to operate under a more modular framework as opposed to its monolithic previous implementation.

On a related note, Dynamics 365 Customer Service, which provides AI-driven insights into customer needs for business to improve their clients’ satisfaction, now supports four new language models – French, German, Spanish, and ‘general’. Additionally, it also supports 39 more languages, an enhancement which is part of the 74 new features that will are coming in Dynamics 365’s 2019 release wave 2.

In further Azure-related news, prices for Azure Archive Storage have dropped by up to 50 percent – in certain regions -, with the recommended data storage prices in the U.S. ranging from $0.00099/GB/month for the Archive tier, all the way to $0.15/GB/month for the Premium tier.

Finally, Microsoft has partnered with Informatica to make sure that cloud analytics migration is more efficient. What this means is that in the Proof of Value period, customers are able to convert existing database schemas for free, while both Microsoft and Informatica also provide free code conversion, free evaluation, and free migration workshops. 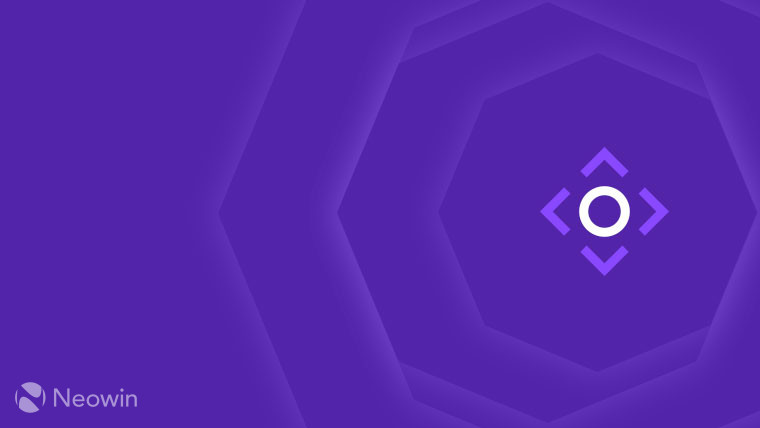 Artificial intelligence has been quite the focus for the folks up in Redmond, and it really doesn’t seem to be taking a back seat any time soon. This week for example, a few interesting AI-related news tidbits surfaced.

For one, a new patent for an AI device has been filed, complete with multiple microphones and a fisheye camera. While this has applications in numerous things like tablets, phones, and so on, a particular Microsoft Research concept from years ago dubbed IllumiRoom, which eventually became SurroundWeb, springs to mind. It basically allowed a game console to project game content to other parts of the room, rather that said content being confined to your TV screen. Though Kinect has taken a back seat – with the exception of Azure Kinect of course -, a new iteration of it leveraging this patent wouldn’t be too far-fetched.

Another AI-related tidbit that Microsoft was keen to highlight relates to agriculture, and how it is being transformed through the use of artificial intelligence. Of note is the AI Sowing project, in collaboration with International Crop Research Institute for Semi-Arid Tropics in Andhra Pradesh, India. The other, is Project FarmBeats in the Dancing Crow farm near Seattle. Both of these leverage to the cloud to better determine when the best time to plant crops is (AI Sowing), thus increasing yields, as well as to provide accurate readings in terms of the state of the farm at a particular moment (FarmBeats). The latter takes into account things like soil moisture, temperature, and aerial images captured via drones.

Finally, another area in which AI is being used is conservation, specifically in relation to endangered species. First off, there’s facial and pattern recognition technology used to monitor population levels of lions. Second, there’s the use of convolution neural networks to classify the images captured and determine for example the unique markings on a giraffe’s torso for quicker identification. 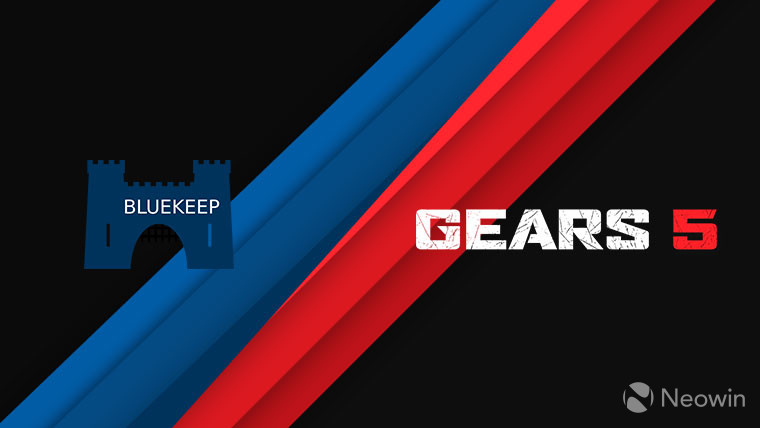 We end with a bit of news about BlueKeep, a vulnerability in the Remote Desktop Services, as well as some Gears 5 news.

BlueKeep, known as CVE-2019-0708 in the vulnerabilities database, is in essence a Remote Code Execution bug that affects folks making use of RDP, and does not require user interaction to come into effect. While the vulnerability was patched back in May by Microsoft’s Detection and Response Team (DART), it’s also recommended that you enable NLA, or Network Level Authentication to further guard against this vulnerability. The reason why it’s returning in the news after being patched is that DART has observed a pattern of outbreaks roughly two months after patching for previous vulnerabilities.

Via open-source telemetry, Microsoft has discovered that around 400,000 systems do not have NLA enabled, which of course makes them a potential target. In other words, patch your systems and enabled NLA, folks.

To round things off, Gears 5, the latest entry in the series developed The Coalition (as of Gears of War 4), has officially gone gold. This means that the game is complete and will be headed for its intended September 10 release date, or September 6 if you’re an Xbox Game Pass Ultimate subscriber.

The controller itself can be purchased separately starting August 20 for $74.99, along with a Gears 5 Edition headset, mouse and keyboard made by Razer – mouse and keyboard setting folks back $299 -, plus a custom Game Drive from Seagate (2TB USB 3.0) which will be purchasable also in September. For those who need more space, GameStop will be selling a 5TB version of the aforementioned Seagate Game Drive.