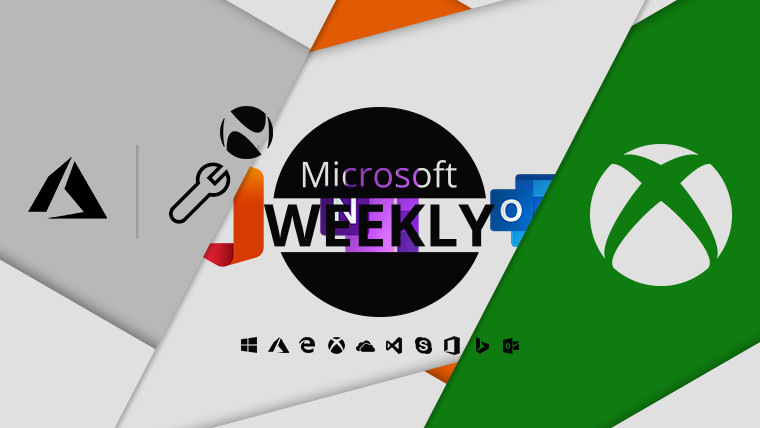 Ignite 2019 took place this past week, and the company really opened the floodgates when it came to news. The cloud, management, productivity, and even security areas were very well represented, with previews and general availability dates revealed during the event. You can find that – as well as the usual little bit extra – below, in your Microsoft digest for the week of November 2-8. 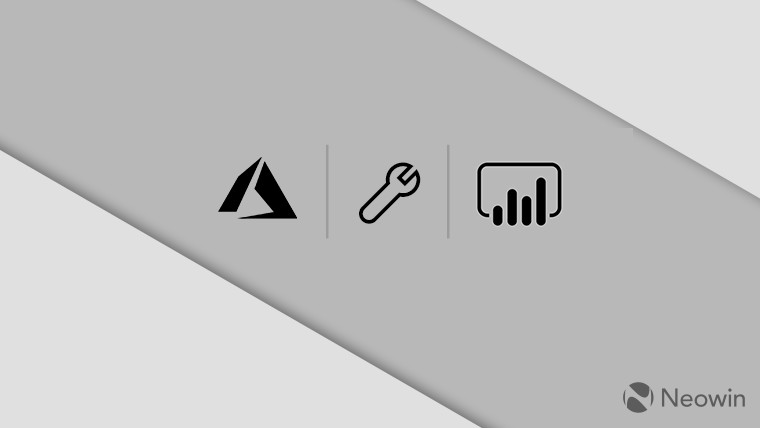 As stated in the opening paragraph, the updates were wide-ranging, so even a main section such as this one is going to need to be split in order to properly convey everything. We’ll cover updates to the Azure cloud, tools, and the Power Platform.

We begin with new Virtual Machine series, namely Da_v4, Das_v4, Ea_v4, and Eas_v4. Although all of them are intended for “enterprise-grade applications, relational databases, and application servers”, and are powered by AMD’s EPYC 7452 CPUs with support for up to 96 vCPUs, 384GB of RAM, and 2.4TB SSD primary storage, the Das variant does support Azure Premium SSDs and Ultra Disks.

On the flip side, the Ea and Eas series are meant for more memory-intensive tasks, which is why spec-wise, they can be bumped up to 672GB of RAM. Da_v4, Das_v4, Ea_v4, and Eas_v4 are all generally available now.

Then there’s the NVv4 and NDv2 series, meant for GPU-bound tasks like CAD, gaming, and simulation. NVv4 uses the AMD MxGPU, with customers being able to provision as little as an eighth of a GPU and up to a whole GPU. Machine learning, AI, and high-performance applications can leverage NDv2, which features eight NVLINK connected Nvidia V100 Tesla GPUs (totaling 256GB of GPU memory), 40 Intel Xeon Platinum 8168 processor cores (non-hyper-threaded), 672GB of RAM, and 100Gb/sec EDR InfiniBand. These VM series are available in public preview.

There’s also the HBv2 VM series, which is meant for high memory bandwidth applications and message passing interface scalability, supporting up to 80,000 cores for single jobs. No word on availability for it.

Lastly, gen2 VMs now have increased memory, Intel Software Guard Extensions, UEFI boot support, boot drives that are over 2TB in size, and up to 12TB of RAM. All these features are now generally available.

Security was also a big part of the cloud announcements at Ignite, with Azure Sentinel – an offering meant for security information and event management – being updated to have built-in hunting queries for Linux, support for Azure Notebooks, new analytics and investigation tools, support for new connectors, and more, all available in preview.

Then there was Security Center, which now supports workflow automation using Logic Apps, enhanced integrations with continuous export, better generation of recommendation and alert reports, the ability to onboard on-premises servers to Security Center by way of Admin Center, and even a benefits from a centralized GitHub open to contributors dubbed Azure Security Center Community.

Lastly there’s Microsoft Stream, a video platform for businesses which got AI-powered voice enhancements, expanding of audio transcripts to more languages, the ability to record and edit videos on the go (if you’re using a mobile device), and more integrations.

The management toolset was also updated during Ignite, with Admin Center version 1910 finally being made generally available. Among others, it now supports Azure Extended Networking and Security Center, has an HCI configuration wizard, and more.

Visual Studio received some more features as well, with Visual Studio 2019 version 16.4 Preview 3 being released – bringing improved app development via containers, CMakeproject guidance and code analysis via C++, vertical layout for document tabs, and performance improvements. Also improved in terms of performance was Visual Studio for Mac version 8.4 Preview 2, which was released this week too.

To bring together Intune and System Center Configuration Manger, Microsoft has also announced Endpoint Manager, which includes the two aforementioned solutions and Device Manager Admin Center, plus the Desktop Analytics tool. The features will be made available over the coming months, with Intune licensing also being made available to ConfigMgr (SCCM) customers.

As far as the Power Platform is concerned, there are a number of announcements to go through.

First off is Microsoft Flow, which is being renamed to Power Automate – bringing it in line with the overall branding. Power Automate also now supports robotic process automation (RPA).

AI-powered bots dubbed Power Virtual Agents are also being made available, along with security enhancements for Power BI, a new set of prebuilt models for AI Builder, and tighter integration between the Power Platform and Teams.

Microsoft has also detailed a number of new connectors and data transformation capabilities that have been detailed for Power BI Dataflows. Power BI datasets can now store up to 40 times more data, raising the cap from 10GB per dataset cache to 400GB. This capability is available for Power BI Premium users.

Finally, you can embed paginated Power BI reports in applications, if the use case demands it. 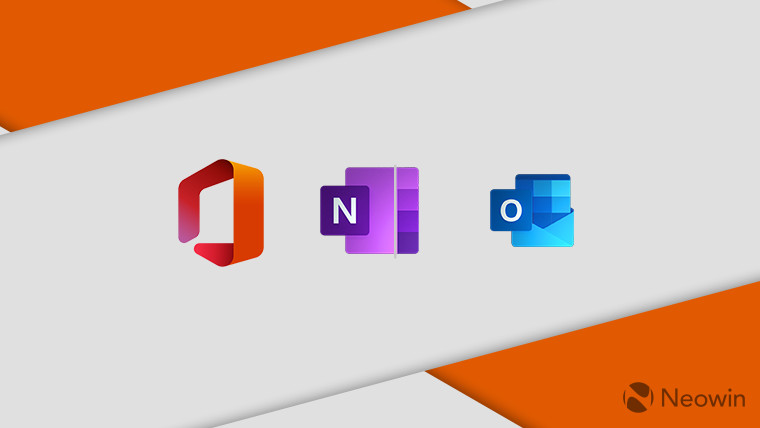 Productivity wasn’t forgotten at Ignite either, with Microsoft emphasizing Office in particular this go-around.

First there’s a new unified Office mobile app for iOS and Android, which combines Word, PowerPoint, and Excel into a single install. The app is currently in preview, with folks on Google’s OS needing to sign up for the beta in the Play Store, and those on iOS having to sign up for the TestFlight preview.

Something else worth noting is that Microsoft is unifying the UWP and OneNote desktop codebases, so that they’re easier to update in parallel. OneNote for Windows 10 will continue to be supported though it’s uncertain for how long, while OneNote 2016 will be installed by default with Office 365 and Office 2019, thus aligning with their support dates. If you’re still running OneNote 2016, it recently got new features like dark mode, @-mentions, and more – available for insiders.

Outlook on the Mac is getting a redesign, along with new features and improvements for its mobile counterparts. On Windows, the Coming Soon feature is returning, and Cortana can now send you a Briefing email with things you’re supposed to do.

For its part, Teams now integrates with Yammer and supports multiwindow chats, while Excel has added support for natural language queries. SharePoint on the other hand got an updated look book, more branding capabilities, improved page, news, and web components to decrease the reliance on custom code, and even the ability to schedule posts, plus multi-language support.

If you’ve seen Microsoft Whiteboard being used on Windows 10 or iOS thus far, but wanted a more platform-agnostic solution, the service is now available on the web for commercial customers. Also available now is a public preview of Fluid Framework, the general availability of which is scheduled for the next few weeks for users with work or school accounts (only in the U.S. and worldwide environments).

Finally there’s Project Cortex, the first new Microsoft 365 service since Teams. It transforms all of your Microsoft 365 content into “an interactive knowledge repository”, and it’s currently in private preview. It’ll be made generally available in 2020. 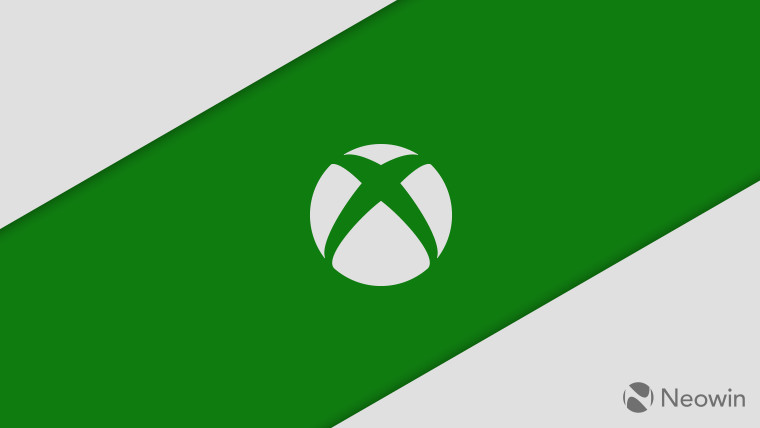 Gaming wasn’t quite as well represented this week, but that should all change in the coming days with X019 just around the corner.

Until then, registrations for Microsoft Flight Simulator’s Tech Alpha 2 are now open. Beyond that, the firm also announced the release date of episodes three and four of its Feature Discovery series, which explores some of the game’s components in-depth. Episode three is scheduled for November 21, with episode four dropping November 28.

The Redmond giant was also eager to highlight the fact that Dead by Daylight, Descenders, Felix the Reaper, and Metro 2033 Redux were added to Game Pass for PC in the last few weeks. Starting November 14, Age of Empires II: Definitive Edition will also launch on Game Pass and stores like Steam, though on the 15 the subscription will lose Pony Island, The Surge, and Tyranny – Gold Edition. Select Alienware PCs now come with three months of Game Pass for PC, as do PCs from the Dell G Series. The promotion lasts until December 31, 2019 or while stocks last, and if you already have Game Pass, this promotion will just stack on top.

If you’re an Insider there’s good news, as Halo: Reach’s current PC test will be extended for at least one more week, though there’s no news whether it’ll be extended beyond that. If you’re an Xbox Insider in the Delta ring you can now test out Console Streaming, as can those in the Omega ring.

Finally, for those eagerly awaiting the launch of the Series 2 Elite Wireless Controller, the peripheral is now available to purchase for $179.99. 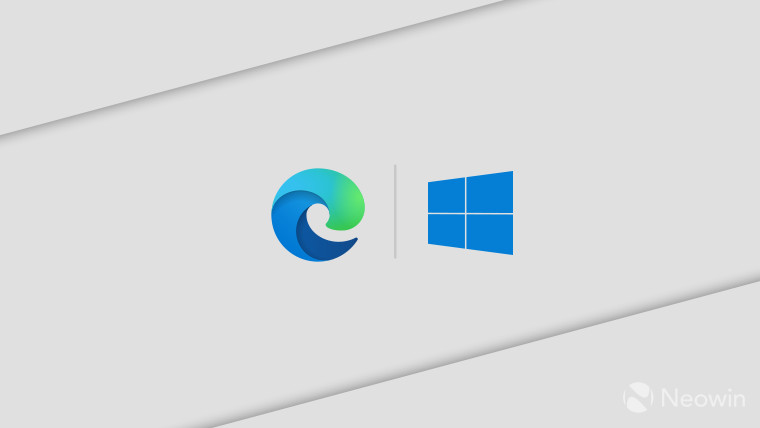 To end this week’s roundup, we take a look at some news concerning the Windows Insider Program, as well as the upcoming stable release of Microsoft’s Chromium-based Edge.

First up is an ISO for build 19013, so if your Insider VM is giving you grief, there’s now a way to clean install build 19013 and take it from there. Of course, this is for the Fast ring only, as the Slow ring is still in the 18362.xxxx range. If you chose the most frequently updated ring though, you should be getting build 19018, which includes some fixes related to reliability, as well as the same known issues.

Microsoft is also ditching the Skip Ahead ring and merging it back into the Fast ring – which it always was a subset of – in order to streamline things. Given the update frequency, it really does make sense to consolidate things into the (now) three rings: Fast, Slow, and Release Preview.

At its Ignite event this week, the company also revealed that its Chromium-based version of Edge will be generally available on January 15, complete with a new, more colourful icon. As indicated soon after the announcement, the new logo made its way to Edge Dev, Edge Beta – which now houses the release candidate -, as well as Edge Canary.

It’s worth noting that the new Edge will ship with Windows 10 as soon as it’s generally available, but it won’t have ARM64 support, history sync or extension sync at launch. There is some good news though, as Edge is headed for Linux soon, and you can now test Insider builds if you’re running Windows Server.