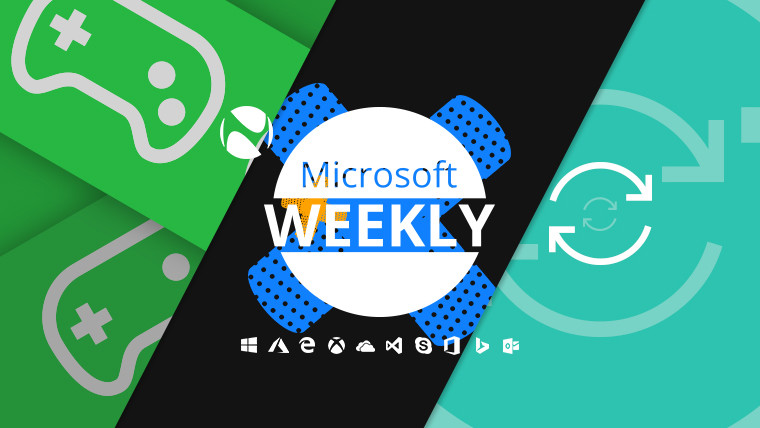 Beyond the usual Insider and regular updates, this past week has brought some interesting gaming news, and even a preview of what’s coming in October for Power BI. You can find that – as well as the usual little bit extra – below, in your Microsoft digest for the week of October 12 – 18. 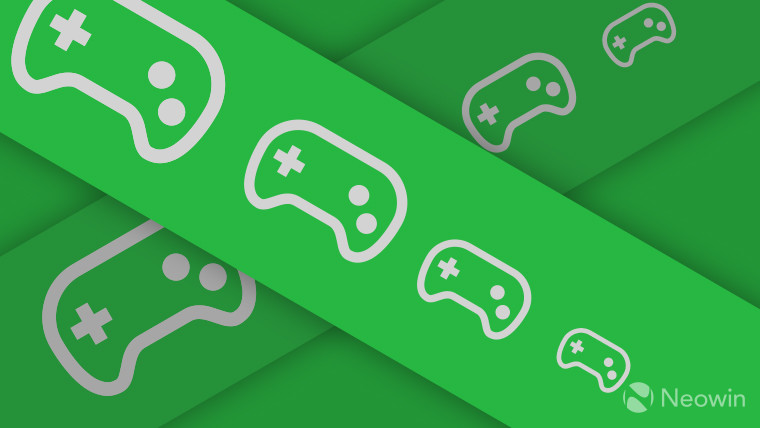 Kicking off this main section, and indeed this column is the duo of free Games with Gold currently available to claim, specifically Friday the 13th: The Game for the Xbox One, as well as Ninja Gaiden 3: Razor’s Edge for both current and last-gen consoles.

Moving on to other subscription-dependent things, Halo Wars is in fact not leaving Game Pass. There was a bit of confusion earlier this week, with a Leaving Soon section on the iOS app suggesting that DOOM and Halo Wars: Definitive Edition will both be leaving the service soon, which apparently was a mistake. Microsoft has reached out and stated that Xbox Game Studios games will stay part of the subscription, and won’t be removed.

This conveniently moves us on to another Xbox Game Studios title, Gears 5, which, as part of its Title Update 1.5 got new Heroes and Villains, offering new multiplayer abilities. These characters can be earned through gameplay or purchased via the in-game store – for 500 Iron, which sets you back $4.99. Cyborg Grace and the Terminator model Rev-9 from Terminator Dark Fate are also in the game now, specifically for the multiplayer section. To obtain them, you’ll have to get the $19.99 character pack.

Sea of Thieves too was updated, with the Fort of the Damned patch just in time for Halloween. Bumping the game up to version 2.0.8, the content update brings new Shadow Skeletons, a new fort to tackle, the addition of banjos, female pirate garments available for purchase in the shops, resolution scaling for PC, and new achievements, among other things.

If you’ve been eagerly awaiting the release of Halo: Reach on PC, you’ll be happy to know that 343 Industries is moving at a pretty good pace, with the next Insider test possibly dropping as soon as next weekend – if everything goes smoothly -, featuring campaign and multiplayer testing for a full week.

To enhance its streaming platform, Microsoft has announced the Mixer Academy, meant to support streamers and moderators. This is similar to the YouTube counterpart, essentially offering tips about growing communities, social media presence, and more. Microsoft has also pushed out support for content filtering in Xbox Live messaging, allowing folks to block messages they consider harmful or unwanted.

The Xbox One dashboard experiment continues, with the company opting for an ABC testing model, meaning a subset of testers will get one of two new layouts to play with, while most people will remain on the current UI. It’s unclear just how many people will get each design.

Lastly, public testing for Project xCloud game streaming has begun, with games on offer currently including Gears 5, Sea of Thieves, and Killer Instinct. Do be warned that the preview is currently limited to certain carries in the UK, U.S., and South Korea, and that you need to meet a few requirements to even be allowed to participate in this preview. That said, if you signed up and meet all the requirements, an invitation should be on its way, with more invites being sent in the coming weeks. 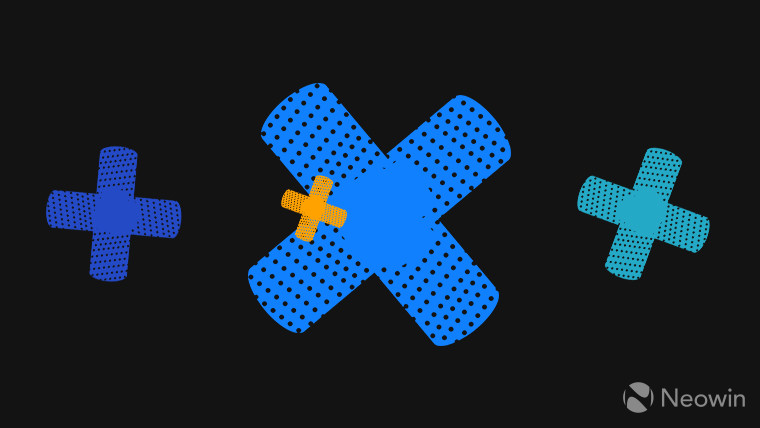 Let’s begin this section by taking a look at what the latest set of patches has brought in for folks on Windows 10:

Moving a little further down the line, there’s the Windows 10 SDK Preview build 18999 which was released this week, and it contains a new NUGet feed for SDK builds – letting folks use tools like the WinRT API Pack -, as well as wuapi.h and wuapi.idl, which are replacing functionality from WUAPICommon.H and WUAPICommon.IDL.

Speaking of such things, while Windows 10 version 1909 (November 2019 Update) is available now via VS subscriptions, there won’t be a new SDK to coincide with the feature update’s release. That’s because 1909 is essentially 1903 with a small enablement package, so it’s treated more like a cumulative update.

Something that is new is a change made to the processor requirements for Windows 10 1903 and 1909, which initially listed the Snapdragon 855 in place of the 850, something which was later confirmed to be a mistake, by Qualcomm. The rest of the requirements page is as you’d expect it to be.

Folks testing things out in the Slow ring of the Insider Program have gotten 19H2 build 18362.10024 with a number of fixes. This update was pushed out because the Slow ring is on a different track, if you will, necessitating a separate patch.

Speaking of separate, there’s a separate ring for those who want the latest and greatest, and that’s the Fast ring. Folks using that one got build 19002 of the 20H1 branch, which brought an improved Bluetooth experience. Fixes in this build revolve around Narrator, Action Center, and VPNs, with known issues being somewhat similar to previous builds, with the exception of devices getting stuck during shutdown or restart, Reset this PC cloud download not working, Settings not being available outside of launching via URI, dark theme keyboard text prediction being unreadable, the Settings header displaying a Windows Update warning, or Bluetooth devices not reconnecting as expected.

If you’ve had problems with the new Bluetooth features introduced in build 19002, the Insider folks pushed out build 19002.1002, meant to polish said features a little more.

In case you haven’t updated to the latest Fast ring build and are still on 18999, you might have experienced the shutdown bug, for which Microsoft now has a workaround. On a related note, if you have an HP computer, and are running the Intel Display Driver update 26.20.100.7157 delivered through Windows Update, you may experience display aberrations. The best course of action is to uninstall the driver and install it from Intel’s dedicated download center. 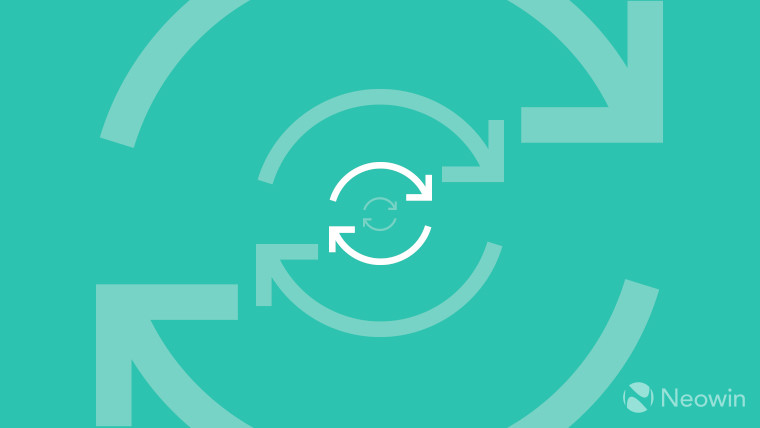 It’s worth starting off with Power BI Desktop, for which we got a feature preview of the October update. This month will make a handful of new connectors generally available; will bring in a Q&A revamps and automatic page refreshing for DirectQuery, as well as other features.

The aforementioned automatic refresh capability is also available via the relevant connector for Microsoft Flow, meaning folks can now more easily schedule dataset refreshes than before.

If you’re using Power BI on-premises data gateways, you will now be able to take advantage of a few new PowerShell cmdlets. Available in preview form, these will target the automation of gateway management tasks, and are available in the PowerShell gallery.

Moving on to security, the Tamper Protection feature added in the May 2019 Update is now available for Microsoft Defender ATP. This means that businesses can now enforce a number of security settings on the machines of their employees, preventing third-party software from disabling real-time protection, cloud-based protection, and security intelligence updates.

Keeping on the subject of having up-to-date business machines, Microsoft has announced the general availability of Desktop Analytics, a tool which seeks to help businesses keep machines up-to-date, integrating with System Center Configuration Manager (SCCM) to offer insights related to update deployment.

Last but not least, larger file shares in Azure Files are now generally available. The standard file share has been upped to 100TiB capacity, 10K IOPS, and 300MiB/s throughput for general purpose accounts. This brings it in line with the Premium tier, which additionally provides better latencies – and thus higher performing file shares. 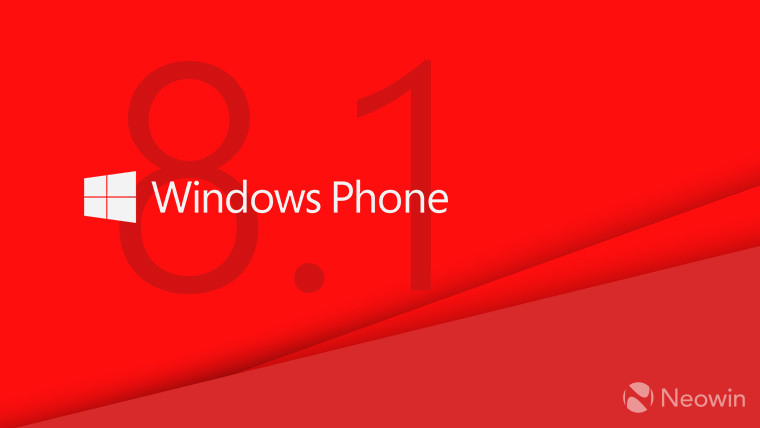 To end the column we look at an update to a support page for one of Microsoft’s now defunct operating systems.

In this case we’re not talking about the mysterious Midori OS, rumors about which abounded a few years ago, but rather Windows Phone, and specifically the Store through which folks get the handful of apps available for the platform.

As you may remember, support for Windows Phone 8.1 was pulled in July of 2017, and as of July this year, app updates have no longer been distributed through the store itself – though you could still download apps. This is changing.

Come December 16, Microsoft will be shutting down the Windows Phone Store, meaning that not only will you not get any updates pertaining to the apps you already have, you also won’t be able to download any of the available apps even if you wanted to.