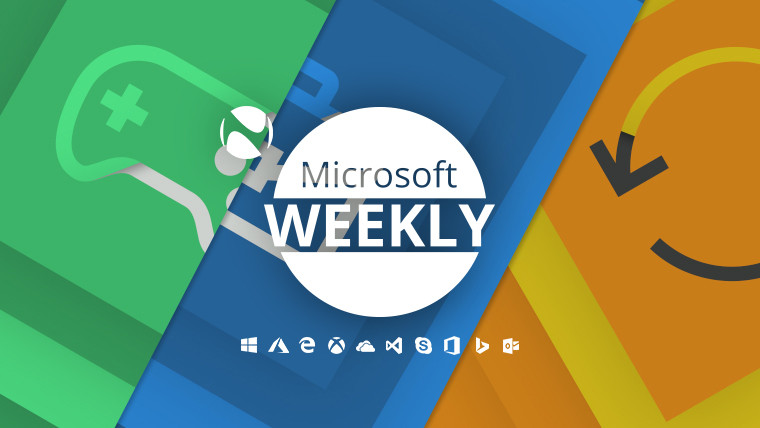 The Games with Gold for April, an unveiling of the long-awaited Microsoft 365 consumer plans, and the arrival of a VPN issue fix for the five latest Windows 10 versions is what happened this week. You can find that and more below, in your Microsoft digest for the week of March 28 – April 3. 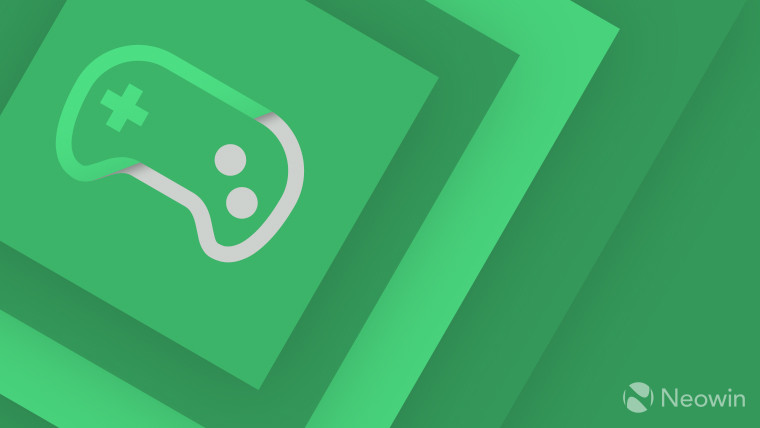 Moving on to first-party games, Obsidian’s quirky RPG The Outer Worlds will finally make its debut on the Switch on June 5, with Mojang’s Minecraft Dungeons ARPG preceding it by a few days, launching on May 26. InXile’s Wasteland 3, which was supposed to arrive on May 19, has been pushed back to August 28 in light of the current coronavirus situation.

In other news regarding upcoming titles, 343 Industries has revealed what will be included in the soon to be released Halo 2 and Halo 2 Anniversary insider builds. You’ll have access to the Cairo Station, Metropolis, The Oracle, Delta Halo, Quarantine Zone, and Gravemind missions in the campaign – both single player and online co-op -, as well as distinct maps for the multiplayer side. There’s now a Challenge System, which is a dynamic objective tracking feature eventually slated to encompass all of the Master Chief Collection games. Think of it like the daily quests you’d get in something like Heroes of the Storm, only these ones will be weekly. There is unfortunately no date specified for when we can expect the first builds.

Also sporting no specified date is Sea of Thieves, and more specifically, its Steam release. Rare’s cartoony piracy adventure has been confirmed to be heading to Valve’s platform, with folks even being able to add it to their wishlist. This will of course be the Anniversary Edition, and the developer has stated that the game’s Steam variant will be cross-play capable with the Windows 10 and Xbox One versions.

What folks don’t have to wait for is Gears 5’s Operation 3: Gridiron update, which brings in Cole Train and a number of other characters, a new Gridiron mode – hardcore, single-life, objective-based – in which two teams will have to rush a flag over to the opponent’s “endzone” to score points. Included in the update are also new and classic maps, new achievements with retroactive tracking, a new Barracks tileset for Escape, and much more.

Insiders who have signed up for the Flight Simulator Alpha builds, should now be testing version 1.2.5.0 which introduces the Cessna 152, training missions, the Sedona Landing Challenge, a group functionality for multiplayer, the ability to add friends and find them on the world map, as well as time-limited activities called Live Events.

Finally, it’s worth mentioning Mixer, Microsoft’s live streaming service, which has accounted for about 2% of the total streaming hours watched, despite its users having streamed 17% of the total hours streamed. This points to users not engaging quite as much with Microsoft’s offering in contrast to competing platforms, despite the company signing exclusive contracts with big streamers like Ninja or Shroud. Watch time on Mixer did grow however, between February and March, although it was either in line or behind the growth of other platforms. 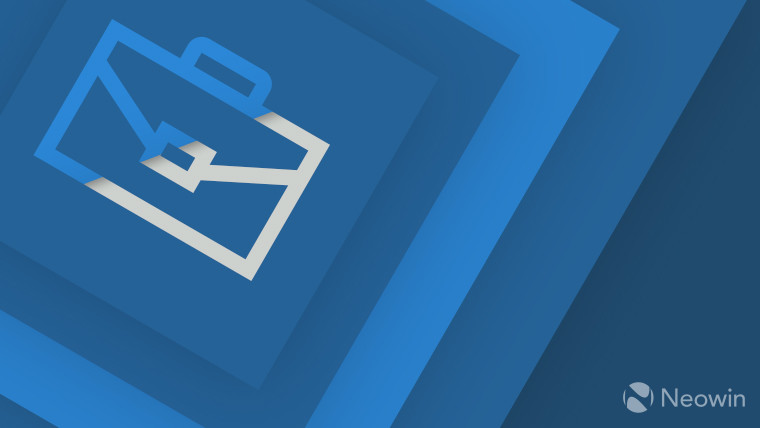 Beyond the usual Office, OneDrive and Outlook offerings, the upcoming consumer plans also include a new Family Safety app, as well as Teams for Consumers. The latter is similar to the regular Teams app, with a files section that locates all the data shared between you and the family, the ability to assign tasks to other people, and more. For its part, Family Safety on Windows, Xbox, or Android will allow you to see which apps you use the most and for how long, which can then give you information in regards to setting screen-time limits. On both iOS and Android, you’ll have the ability to see where your family actually is.

Something that was also announced, and which is coming to the Office apps in general and to Chrome and the new Chromium Edge as an extension, is Microsoft Editor. Similar to Grammarly, this will of course check for spelling and grammar errors, but will also give you suggestions for things such as synonyms or different spellings. It will however be disabled on sites with “sensitive content” or slow loading speeds, and you’ll even be able to disable proofing on sites you don’t want the Editor to be active on.

On the subject of Office, it’s worth adding that folks on macOS in the Slow ring of Insider testing have gotten version 16.36, which added a new Tell Me button to the toolbar of Word, Excel, and PowerPoint, allowing users to search for a specific feature. You can now also sync slides in real time in PowerPoint, and there are new data types in Excel.

Last but not least, LinkedIn is now offering free job postings for ‘essential’ business, and version 0.16 of PowerToys is out, with a bulk image resizer utility, an Alt-Tab app switching alternative called window walker – which allows you to text search through all open apps to find the one you’re looking for, and more. The latter is in some ways similar to programs like Launchy.

A bunch of updates 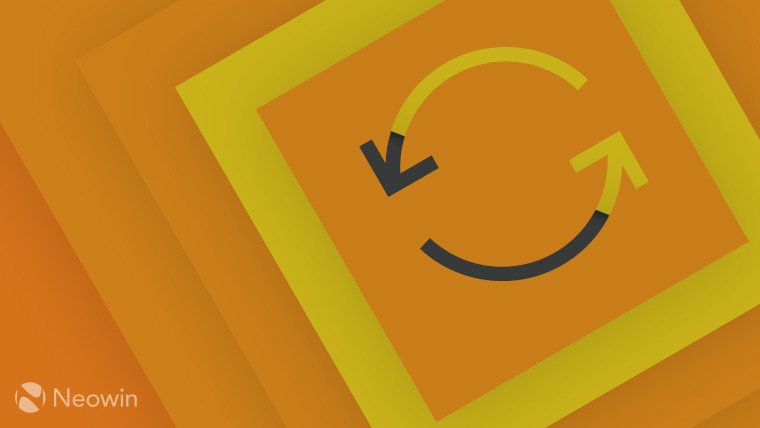 Insiders in the Fast ring did not get a new build this week, although Microsoft did add four new known issues to the one released last week, namely 19592. These relate to app icons in the taskbar having trouble rendering and thus displaying the default .exe icon, the battery icon on the lock screen always showing close to empty despite actual battery levels, IIS configuration being reset to default after installing a new build, and webcams not functioning correctly when attempting to make a call via the Microsoft Teams app. The web variant is unaffected.

Moving on to management solutions, Windows Admin Center preview version 1910.2 has now been released, allowing you to cut, copy, and paste in the Files tool, restart a service – without needing to stop it first. In addition, there are also improvements to the dashboard, with updates for connected nodes appearing under the “Alerts” section, the ability to retry a file upload, apply a filter when viewing a list of VMs, as well as fixed issues regarding Azure Update Management logins and Active Directory account creation. Of course, there are updates to extensions, as well as known issues like Chrome users seeing a “403 Forbidden” response post-upgrade.

Insiders testing out the Skype preview can now delete contacts in bulk starting with version 8.59, as well end a call directly from the Recent Chats list. If you’re a OneDrive user on Android, you’ll now be able to use the face unlock feature on the Pixel 4 – if you’re on version 6.2 or above -, by going to the ‘Me’ section in the bottom navigation > Settings > Passcode, and turning on ‘Use biometrics to authenticate’.

To round off the column, we take a look at some new Edge updates and upcoming features. 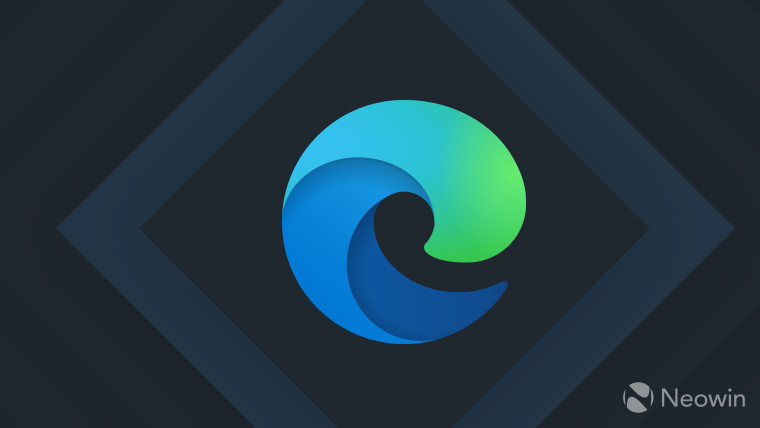 Starting with Edge Dev, build 83.0.467.0 was pushed out, including mostly fixes, be them for reliability or browser behavior. Watching protected videos on certain devices should no longer give you a blue screen, nor should opening Collections, navigating to certain websites, or exporting a Collection to a Word document cause a browser crash.

As far as the stable version of the browser is concerned, Edge 81 should be headed to folks as expected, in “early April”, which would put its availability sometime next week. Edge 82, like Chrome 82, is canceled, and Edge 83 will see the light of day much earlier that initially planned, in mid-May.

In more Microsoft browser news, support for legacy versions of the Transport Security Layer (TLS) protocol, namely 1.0 and 1.1, will be removed starting with version 84 of Chromium Edge – planned for July. IE11 and Legacy Edge (the one powered by EdgeHTML) will disable support for these TLS versions by default starting September 8, when Microsoft will push out its usual Patch Tuesday updates. Since the vast majority of websites are already using much newer variants of TLS, the removal of support shouldn’t be a problem.

Last but not least, there are some new features coming to Edge, including Collections on mobile (available in Edge Insider channels next month), Password Monitor (coming to Insiders in the next few months), and support for vertical tabs, which has the same availability time frame as Password Monitor.

Improvements to Immersive Reader and InPrivate mode, Give with Bing, and Edge being the only browser through which you can stream Netflix in 4K are other features touted by the Redmond giant, all of which are available now.