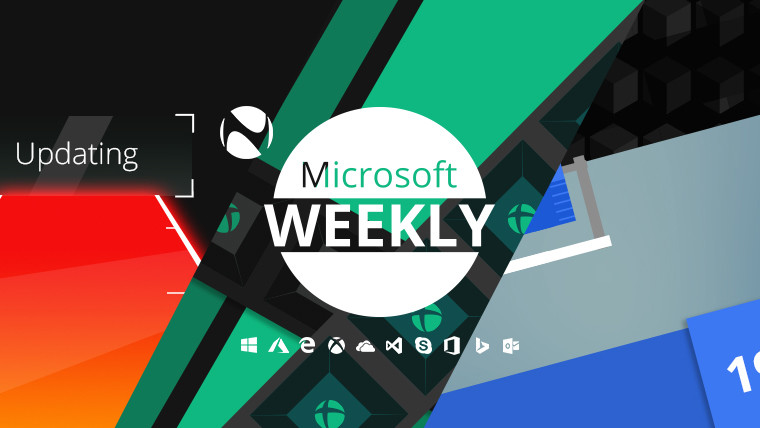 Users of Microsoft services have gotten a number of updates for their software, as well as a look at what the future of the Xbox and Windows 10 may be like like – all in the span of seven days. Be sure to catch up on that and much more via your handy Microsoft digest for the week of July 21-27.

It’s been quite the half of fortnight for Microsoft users, especially in the update department. Windows 10 proper, as well as its Insider Program counterpart, Office 2019, and a few others were all graced with a patch this week. 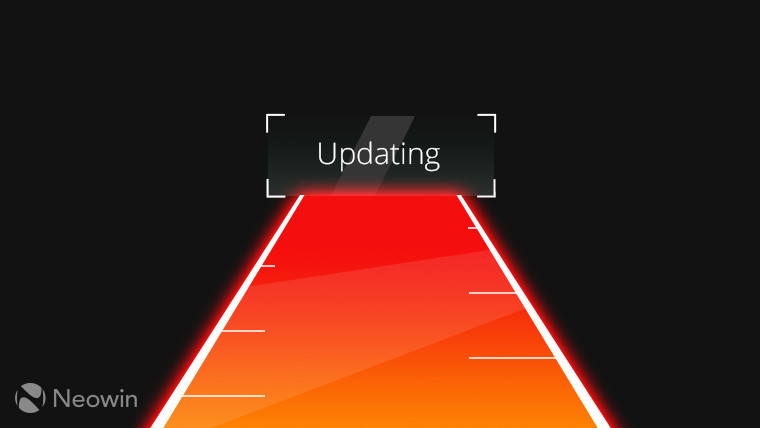 On the non-consumer side of things, Skype for Business 2019, Exchange Server 2019 and SharePoint Server 2019 are all available now in preview. These are part of the server offerings for Office 2019, most likely the final version to offer both subscription and perpetual license variants.

To test the servicing of Slow ring builds, the software giant has pushed out build 17713.1002, a cumulative update, initially available in the Fast ring. While this doesn’t have any fixes, it does however break Windows Defender Application Guard, but issues like these are par for the course with Insider builds. If you’re in the Slow ring, you’ll see the same build.

Users who opted to stay on the stable version of Windows 10 have encountered a few patches of their own, as follows:

Apart from the news above, the latest iteration of Windows 10 is apparently installed on 84.2% of devices, according to AdDuplex. If accurate, this is a rather interesting stat, given that AdDuplex reported a 78% share for the April 2018 Update at the beginning of the month.

Outlook.com users will be happy to know that the service’s UI refresh is now out of beta and includes a dark mode for all those late night email answering sessions.

Last but not least, both the Surface Laptop and the Pro 4 have gotten a number of updates for the Intel display driver, the cameras, UEFI, and more. Unfortunately, the descriptions for these individual updates are anything but description, simply pointing to improved system stability.

The news around Microsoft’s console has been a little on the light side this week. This isn’t too shocking as July is sandwiched between two rather big gaming events: E3 in June, and gamescom in August. 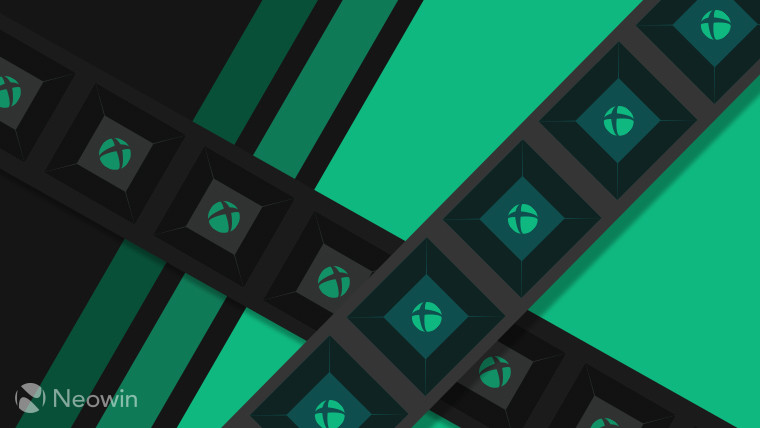 Nearly two years after its original debut, No Man’s Sky has finally made an appearance on Xbox One, on July 24 for U.S. players, and three days later for those in the EU. Given the recently released 1.5 update, the title’s multiplayer functionality is, at long last a reality.

A hop, skip, and a jump further down the road was the announcement for Sea of Thieves’ 1.1.8 version which put an end to the latest Bilge Rat Adventure. This update is in preparation for the upcoming Cursed Sails event, and also brings performance improvements, quicker item despawn timers, improved lighting, reflection, and movement effects for water inside sinking ships, and more.

But of course, what use is a box of hardware components geared towards gaming, if there are no games to play? Fortunately, this isn’t the case with the Xbox One, and the whole backwards compatibility USP in particular has gotten even more interesting this week.

For horror fans in particular, Silent Hill HD Collection and Silent Hill Homecoming are now part of the Backward Compatibility list. If you’re on the lookout for something a little different and have an Xbox Live Gold subscription, the four free titles for August have also been announced. On the Xbox One you can have Forza Horizon 2 Standard – 10th Anniversary Edition (August 1-31), and For Honor Standard Edition (August 16-September 15). On the last gen console, you’ll get Dead Space 3 (August 1-15), and Disney Epic Mickey 2: The Power of Two (August 16-31).

Fans who still have their original Xbox somewhere, may now have a reason to dust off the 17 year-old piece of hardware. Thanks to a forthcoming cable from Hyperkin, Microsoft’s first console will be able to output to a max resolution of 1080i via HDMI. As you can imagine, not very many titles will be able to take advantage of this, but games like Syberia, Dragon’s Lair 3D: Return to the Lair, or Enter the Matrix will. The next best thing is 720p, a resolution which a considerably higher number of titles support. These include quite a few NBA, FIFA, Tony Hawk and The Sims series entries, as well as X-Men Legends, Total Overdose: A Gunslinger’s Tale in Mexico, and more.

To close off the hardware announcements and indeed this section, Microsoft has also unveiled what it calls the “accessible packaging” for the Xbox Adaptive Controller. This is meant to streamline the process of unboxing the controller that’s geared towards people with disabilities.

Even if it owns Minecraft, Microsoft seems to have tired of the Redstone moniker, so RS5 will be the last one to be codenamed as such. This isn’t a problem however, as builds from the 19H1 branch have already started to appear. 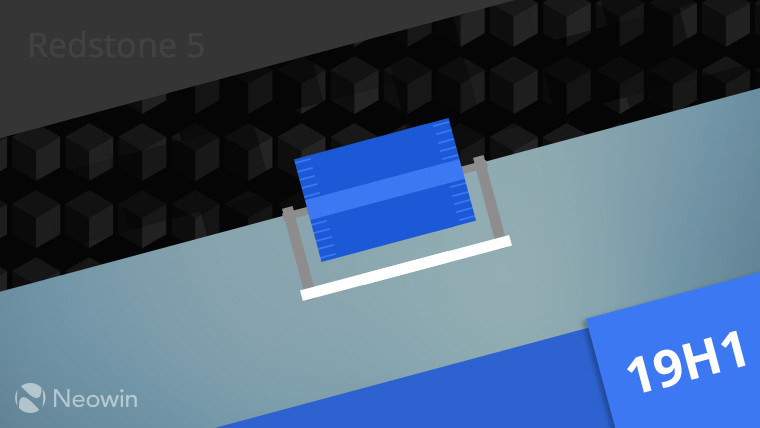 On Tuesday, the company kicked off enrollment into the Skip Ahead ring of the Insider Program, for those who wished to test forthcoming builds even earlier. Since space is limited, the window of opportunity quickly shrank and it’s thus no longer possible to join this ring – at least not “officially”.

If you were lucky enough to get it, you’ll have seen the build 18204, complete with its Mixed Reality Flashlight, improvements to Game bar, Microsoft Edge and Emoji, as well as Leap Second support, plus an improved Kiosk setup and update experience. Collectively, the list of quirks and features is interesting because it’s the same across build 18204 and 17723. It’s worth noting that the former is a preview of the version of Windows 10 coming next year. In terms of fixes, an issue whereby the “…” menu wouldn’t work in a number of apps has been addressed. Furthermore, bugs surrounding the system tray, ShellExperienceHost.exe, the Windows Recovery Environment, Windows Defender Application Guard, Task View, and much more have been fixed.

That’s not to say known issues aren’t present too. For example, taskbar flyouts will no longer have the acrylic background, there will be inconsistencies in the Common File Dialog due to work on the dark version of File Explorer, and launching Office in the Store if you’re on Windows 10 S may fail.

Last but not least, if you’re a dev and you switch from the Fast to the Slow ring, enabling developer mode will not work. You need to stay in the Fast ring because optional content will only install on builds which are approved for specific rings. On the bright side, the MSIX Packaging Tool is now available in the Store in preview, so you can try converting some Win32 apps without the need of the full SDK.

For the first time since E3 last month, we’re ending the column once more with a story about Xbox vNext – or to give it codename, Scarlett. 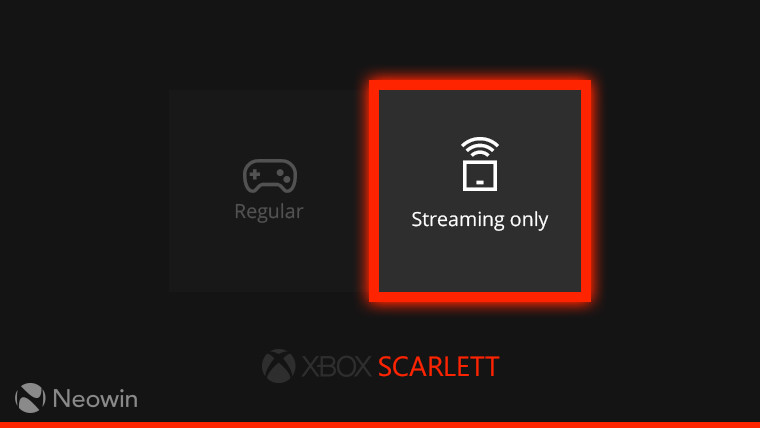 Between the Xbox Briefing at the Electronic Entertainment Expo (E3) and a couple well-placed leaks, we know that the next version of the Xbox is slated to arrive sometime in 2020. There’s also the fact that it’s not just one console, but in fact a family of consoles – something which Phil Spencer hinted at in his closing speech at E3. Finally, we also have the codename under which this is being developed: Scarlett (yes, double “t”). However, some peculiar news surrounding Scarlett emerged this week.

Going back to that Spencer speech at E3, the exec mentioned that Microsoft is building a game streaming network to unlock “console-quality gaming on any device”. What initially might have seemed as a hint towards mobile devices may in fact be a bit more. According to the most recent report, Scarlett is actually comprised of two variants: one console that’s closer to the current implementation (specifically in terms of local storage), and one that’s dedicated exclusively to game streaming.

The strategy in play is perhaps the positioning of the streaming-only box as a cheaper alternative to the regular Xbox, one that’s perhaps equipped with less local storage – which thus brings the price down. This also means that the heavy lifting in terms of rendering will be done in the cloud, which is where the game streaming network comes into play.

Diversifying the lineup in this way does make some amount of sense, though a year and a half to get a game streaming network off the ground really isn’t a lot of time. Yes, Microsoft has started laying the foundations with the FastStart feature from the 1806 update. That said, issues like ping and the varied array of different connection speeds around the world may put a kink in the company’s rather ambitious plan.