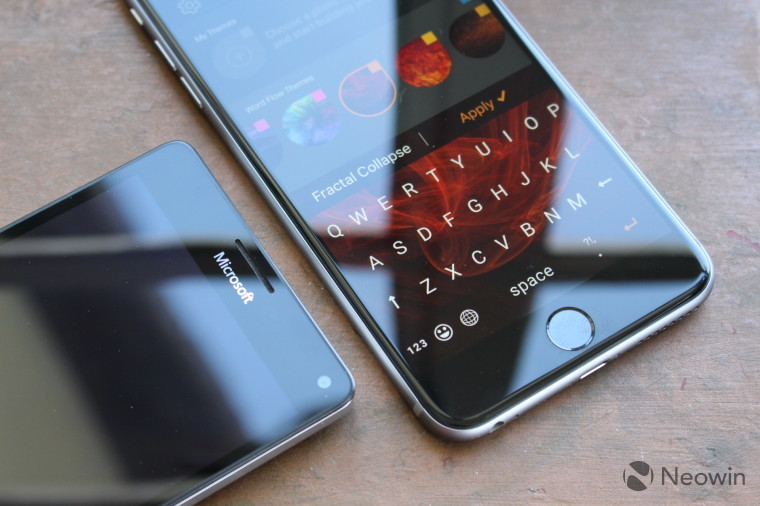 iPhone users who are unimpressed with the standard iOS keyboard have one extra option as of today: the Word Flow keyboard from Microsoft. This keyboard had been in beta previously, but is now available to everyone, as long as you're using the US App Store.

Windows Phone and Windows 10 Mobile users are familiar with Word Flow, this being the standard keyboard available on Microsoft’s mobile platforms. The company launched it with great fanfare alongside Windows Phone 8.1, and it has consistently ranked as one of the best digital keyboards around. Today, it officially makes its way to iOS.

Interestingly enough, the Word Flow keyboard found on iOS contains some extra features that weren’t shipped on Microsoft’s own platform. For one, it offers the ability for users to change their key backgrounds, with a growing number of images and textures available. Secondly, there’s a one-handed mode that uses an 'arc' design to allow users to easily type on one side of the screen.

While Windows users may not be exactly happy to see Word Flow jump ship and gain new features on iOS, Microsoft has said that its services and apps will continue to spread to all other major platforms. That may mean that we'll be seeing Word Flow on Android in the near future as well.

But until then you can check out Word Flow for iOS right here, though it's only available in the US for now.