Last week, Chase Bank confirmed that it was dropping its support for the Windows Phone platform, citing a lack of demand from its customers. Now, the second largest bank in the US has followed in Chase's footsteps, and announced that it will do the same. 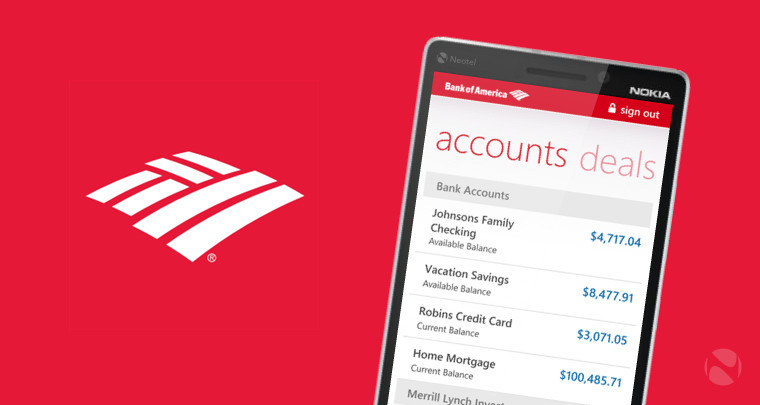 Under the Windows Phone Store listing for its app, Bank of America (BoA) has updated the description with an urgent notice: "In early March 2015, we'll no long support this app for this device. We're sorry for the inconvenience. You can access mobile banking with us through your browser. Just go to www.bankofamerica.com."

The listing for the Windows 8.1 version of the app has also been updated with the same information, indicating that it faces the same fate as the BoA Windows Phone app.

Bank of America was a relatively early arrival to the Windows Phone platform - its app first rolled out in 2011, just a few months after the first WP7 handsets went on sale. At first glance, it appears odd that BoA has decided to drop its support for Windows after almost four years, especially with Windows 10 on the horizon for both phones and PCs.

But given how things have been going for Windows Phone lately, perhaps it's not that surprising after all. And with high-profile brands like Chase and BoA now dropping their support for the platform, it seems that the Windows app-gap is far from closed, despite what Microsoft would like you to believe.