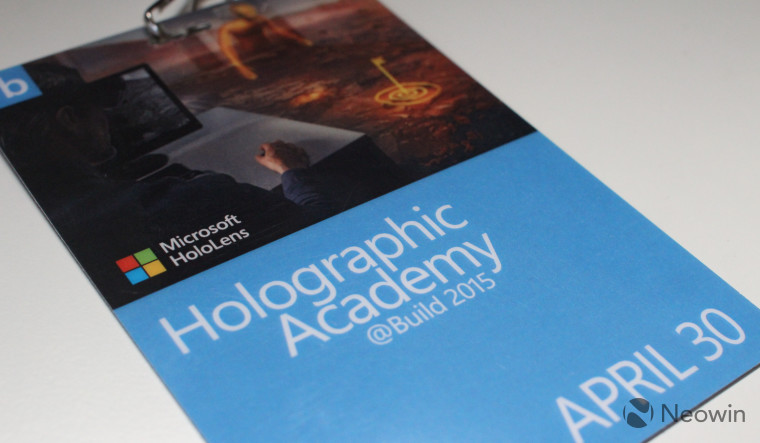 At Build 2015, Microsoft showed off Hololens with a new experience for attendees where you could manipulate 'origami' objects in a tightly controlled environment. As with the demo back in January when the device was announced, we were not allowed to photograph or record the experience in any way.

For those of you who are curious what the experience was like and were not able to attend the show, Microsoft has released a new video of the Holographic Academy that we completed to build our holographics.

If you want to read more about the experience, make sure to check out our in-depth post here where we cover everything from the limited field of view to the buttons on the hardware.

Microsoft has been promoting the Hololens at all of its trade shows including E3 where they showed off a version of Minecraft built for the device. While the company has not said when the product will go on-sale or how much it will cost, the current expectation is that it will be on-sale by the end of the year.