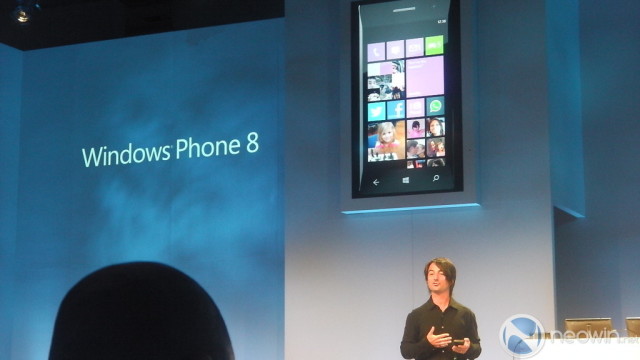 Microsoft announced the first official details of "Update 3" for Windows Phone 8 today, along with a new program for developers that will give them earlier and faster access to OS updates. However, the head of the company's Windows Phone division, Joe Belfiore, said in a new interview today that the OS still lacks some key apps.

Belfiore was not specific about which apps he would like to see appear on Windows Phone in his chat with AllThingsD, but we can guess that he would love to see Instagram, Vine, and many others make their debut on the OS. He said the best thing the company can to to solve this issue is to make Windows Phone more attractive to developers. It's possible that today's announcements might do just that.

Belfiore also said that Microsoft is moving faster that some people might think in adding features to Windows Phone 8. According to him, the new changes in "Update 3" will help Windows Phone expand in new markets. He added, "The work we are doing is valuable, and a lot of people aren’t aware of it."

Finally, while Windows Phone's market share has not increased much in the U.S., Belfiore said that the company has seen bigger sales successes in other parts of the world. For example, Windows Phone devices are outselling the iPhone in Latin America and India. He stated, "We’re small, but growing fast ... We’ll take it."