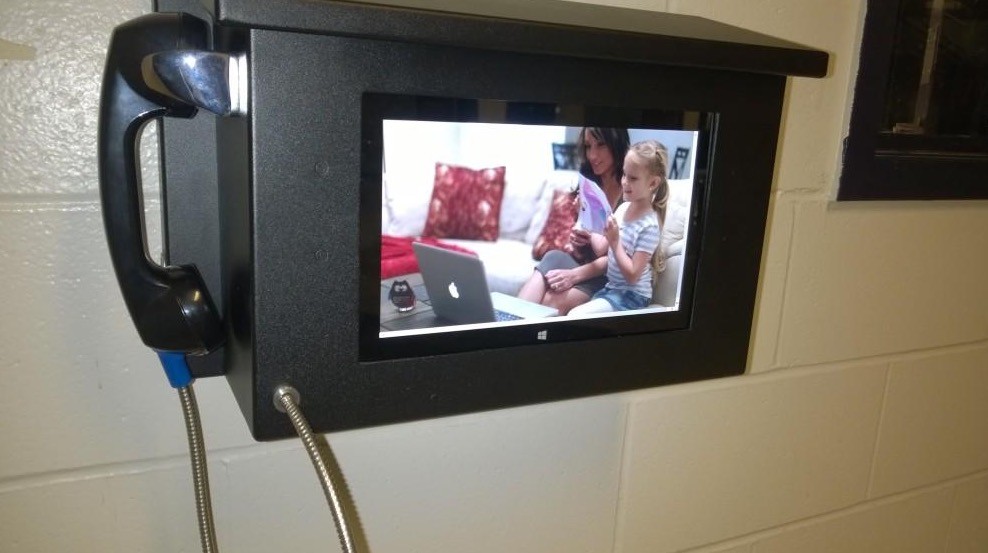 Microsoft's Surface line of tablets has had its fair share of ups and quite a few downs but the company is forging ahead and shows no sign of slowing down. While we have seen NASCAR teams use the devices, one place that we never thought we would see the tablets is in prison.

A jail in Dayton, Ohio is using the Surface tablet for video calls with family or other outsiders. The tablet is said to be running a custom application which makes us think this is likely one of the Pro models of the Surface but not the Pro 3 as that Windows key is on the right bezel and not on the bottom.

For those wondering about the image on the screen, it's part of the software that allows you to make video calls.

The Surface is mounted inside of a large box on the wall that likely houses the power supply. Even though the box is large, the slim profile of the Surface does make the setup a bit smaller than if you were trying to use a laptop or rig up video conference with a desktop PC.

Thanks for the tip @chrisevans937