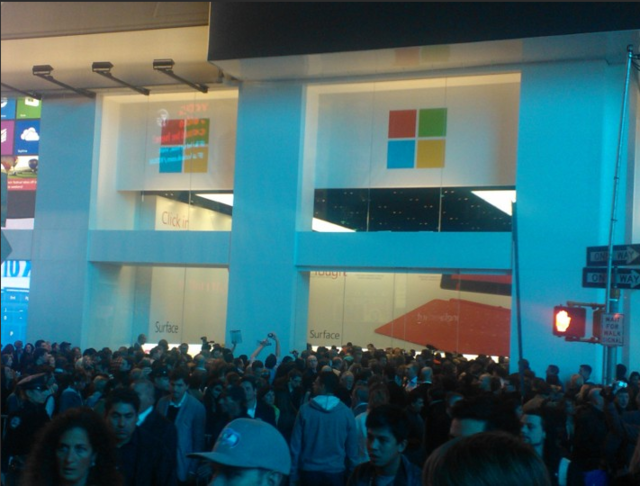 Microsoft is throwing a massive party in New York for the launch of its latest OS, Windows 8 and launching alongside Windows 8 is Microsoft's first tablet, the Surface.

We have gathered a few images from twitter that show the scale of the event that Microsoft has put together in New York and it is nothing short of impressive. Along with the party, Microsoft opened one of its many pop-up retail locations in Times Square that brought with it a massive crowd. 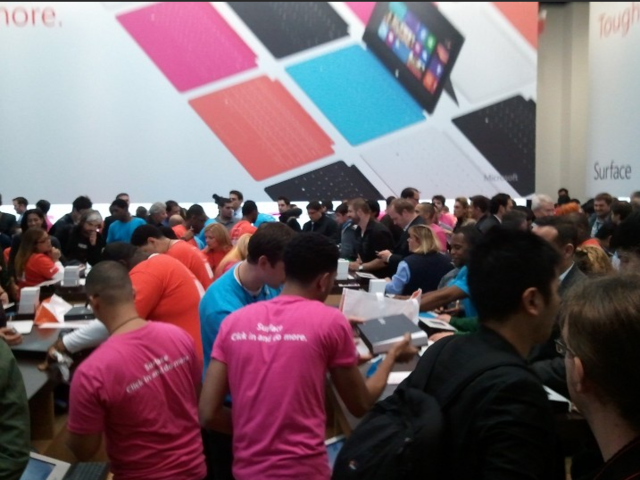 It's clear that Microsoft made the right decision to open a store in Times Square as it will be an easy location to find for consumers this holiday season. Microsoft, naturally, is hoping to draw crowds to its stores this year with the Surface, Windows 8 and Windows Phone 8. With all of these new products, Microsoft is expecting solid holiday sales. 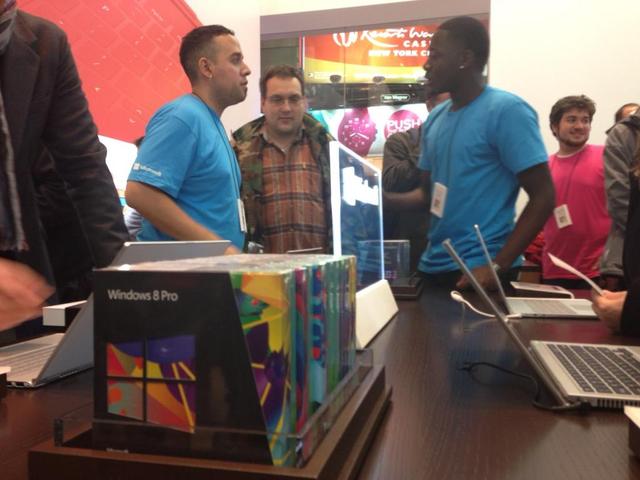 Let us know if you see any holiday pop-up shops in your neighborhood or even retail outlet, we will be curious to see if foot traffic picks up in the coming weeks.