Microsoft's Yammer division recently announced that the business oriented social networking service now has a total of seven million users. This week, the company announced that those subscribers can check out an new feature that should help them communicate with others.

Microsoft's press release announced that Yammer's messaging feature now allows for instant translation of those texts into other languages. The new service uses Microsoft Translator as its basis and currently supports 39 different languages. 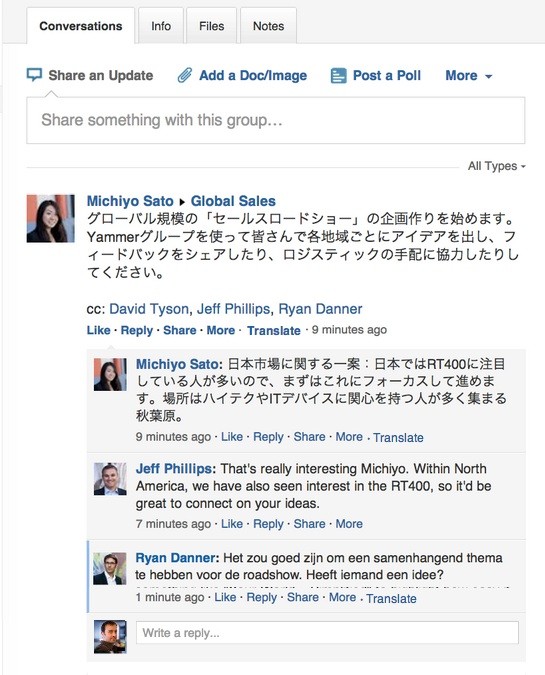 Microsoft believes this new feature will allow Yammer to expand its reach into other countries. At the moment, 65 percent of Yammer users are in the United States. Microsoft previously said that the number of its paid Yammer users went up 165 percent in 2012 but specific sales numbers were not disclosed. Microsoft also plans to add more features such as SkyDrive Pro and editing files from inside Yammer's feeds in the near future.