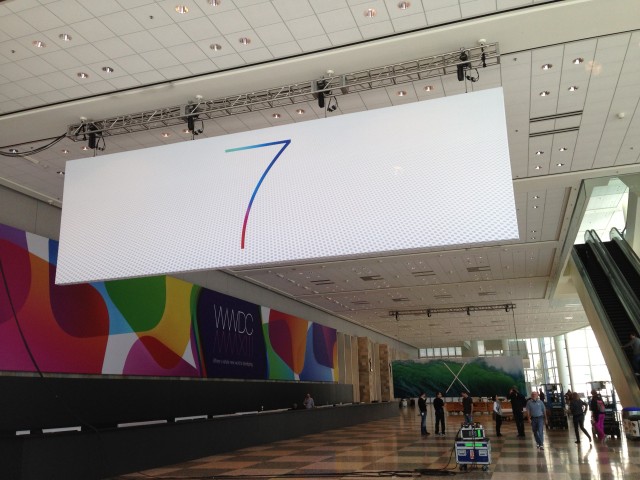 With WWDC 2013 just around the corner, Apple is putting up banners promoting iOS 7 and OS X at the Moscone Center in San Francisco. Invites sent out last month confirmed that the next iteration of iOS, version 7, will be unveiled at WWDC alongside the next major release of OS X.

Both the iOS 7 and OS X banners offer a far more minimalistic design than in previous years. Some of the banners, including those behind the main desks at the Moscone Center, include the tagline "Where a whole new world's developing".

The iOS 7 banner illustrates a thin '7' textured with the colours seen on the main WWDC 2013 logo. The 7 appears to use the font Helvetica Neue Ultra Light. 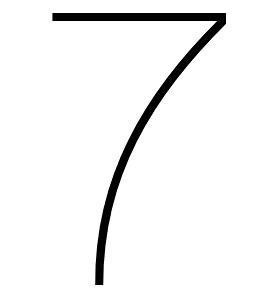 The OS X banner uses a similarly thin 'X' on a wave design backdrop. Waves could indicate the default desktop wallpaper for OS X 10.9, or indeed the departure from big cats for naming operating systems. OS X Shark, anyone? 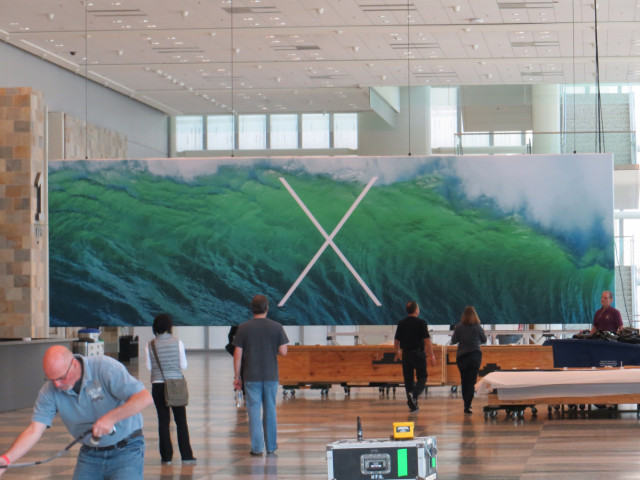 The sparse and minimalistic feel of the new banners may allude to a cleaner, flatter design for iOS 7, as we've been hearing in the last few months.