Microsoft's augmented reality headset, HoloLens, will be released to developers this quarter but a firm date hasn't been announced for consumers and enterprise users. Speaking at an event in Tel Aviv, the company's Technical Evangelist, Bruce Harris, shared some more important details regarding the device. 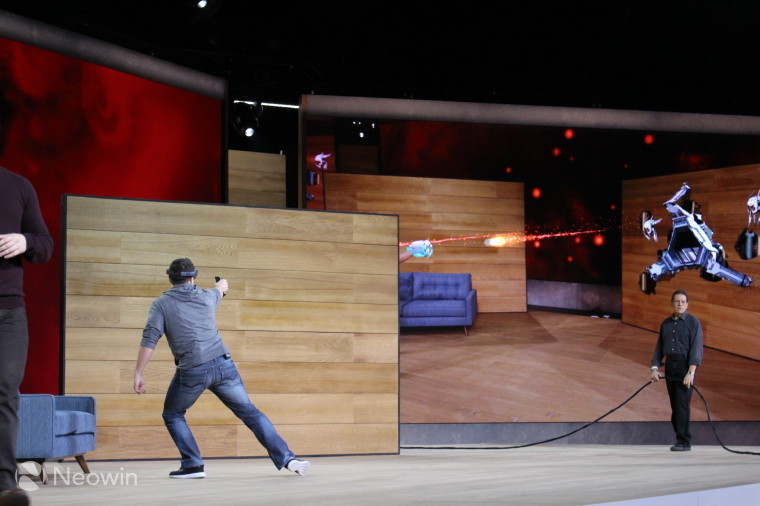 Harris claims that HoloLens can run up to 5.5 hours on a single charge under normal usage but battery life can be reduced to 2.5 hours under heavy use. He also noted that the device is "totally wireless" and can connect to anything, even in separate rooms, provided that the tethered devices support Wi-Fi and Bluetooth, and are in range.

He went on to state that any universal Windows 10 application will be supported natively on HoloLens, and that its field of view would be rather similar to a person standing two feet away from a 15-inch monitor.

Harris also said that the field of view is quite limited to reduce the cost and increase the battery life of the device, but as the manufacturing improves, the company plans to adjust it in accordance with the price. Harris stated that while this device is being manufactured by Microsoft, it is not being made in the U.S. unlike the Surface Hub.

You can watch the full video of the Bruce Harris' Tel Aviv address posted by Niv Calederon below before it's pulled down by Microsoft.

The HoloLens Development Edition will be available for purchase for $3000 in this quarter, however, the pricing and availability details for the consumer and enterprise editions have not been disclosed as of yet.

Update: As expected, the video has now been pulled from YouTube.