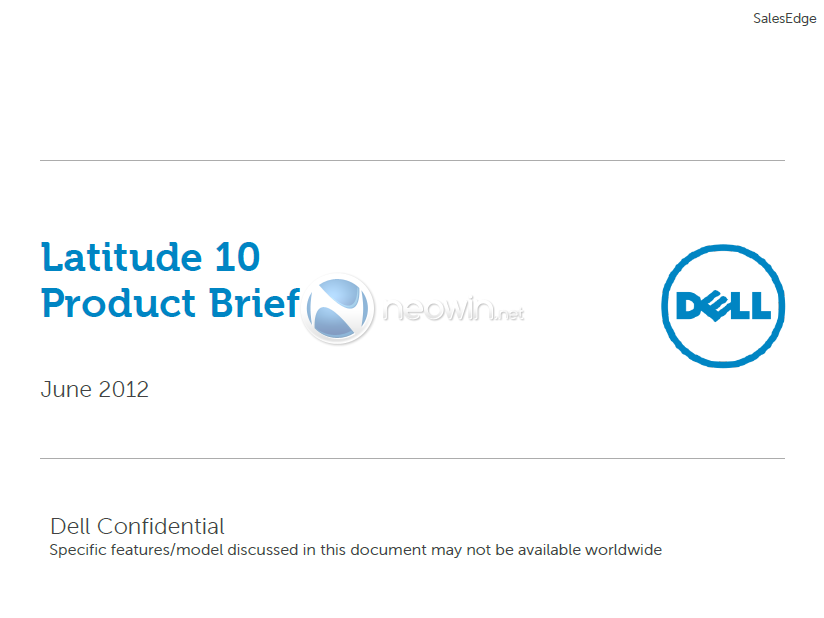 A few weeks back, a very generous tipster handed us two slides from an internal Dell slide deck showing two upcoming Windows 8 tablets. What we have for your eyes today are the rest of the slides from one of those decks, specifically the Dell Latitude 10.

The information comes from another insider who graciously provided us the entire deck which you can see below. What we can muster from this new information is that the launch window will be from mid-November to mid-January (we are hearing mid November is the target) and a few other savory details about WOA and a new dock. 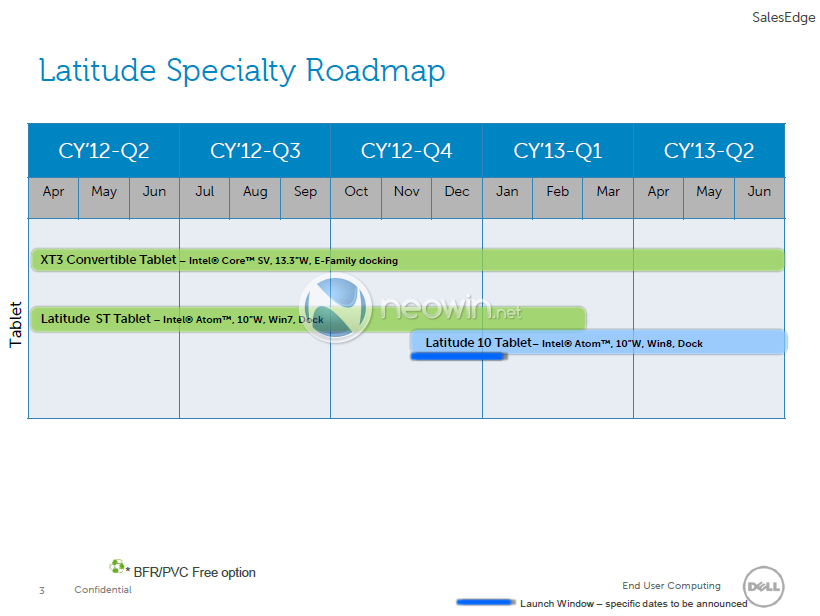 As we previously stated, there will be two battery options (2 cell or 4 cell), 10.5mm thin for the standard edition and 13.4mm for the security edition. There will also be a mobile docking station available with the device with four USB ports, Ethernet, HDMI, built in mobile broadband connectivity and an optional stylus. 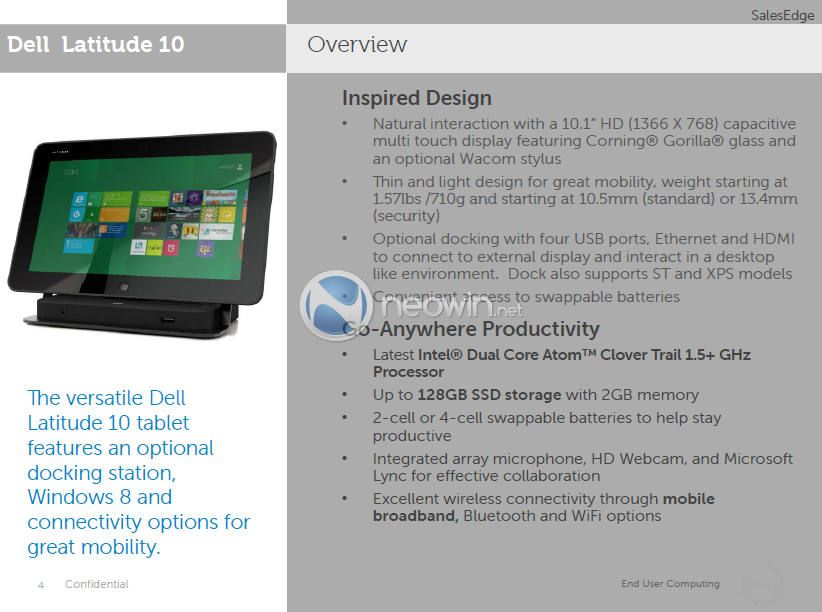 There's plenty more to see in the slides in the gallery but we should note this is not their Windows RT tablet as we have been told by multiple sources that Dell is working on more than one Windows 8 tablet. In fact, the WOA tablet, we hear, is slated for an October release but currently Dell is having some issues getting Windows RT to a state where they can do robust end user testing. Our source would not elaborate on why this is but reiterated that that they are targeting October for a launch.

The idea is that ultrabooks are great for portability but lack on connectivity and they want a dock that will connect effortlessly to the ultrabook to provide the additional ports that are needed. No word on what wireless technology the dock will use, but stick around as the pilot program for this should begin here shortly. 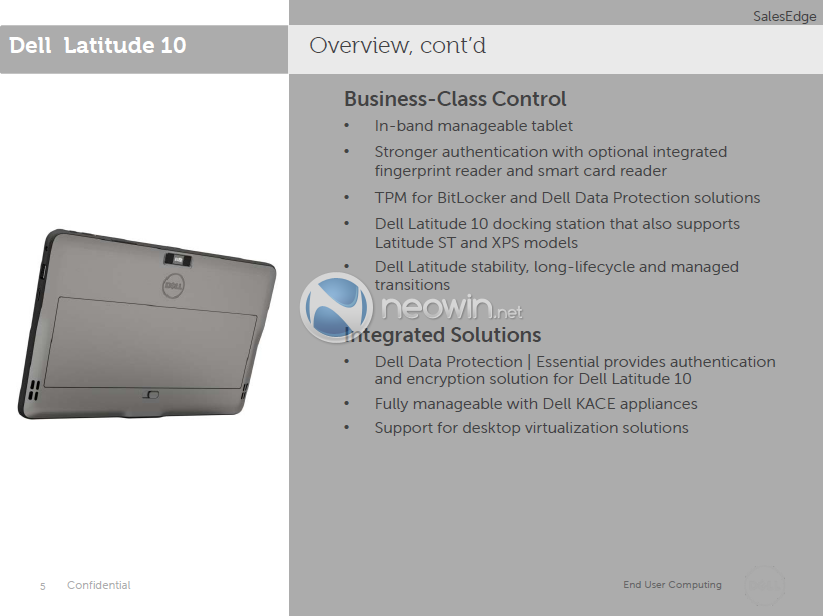 Thanks for the tip Unknown Soldier!