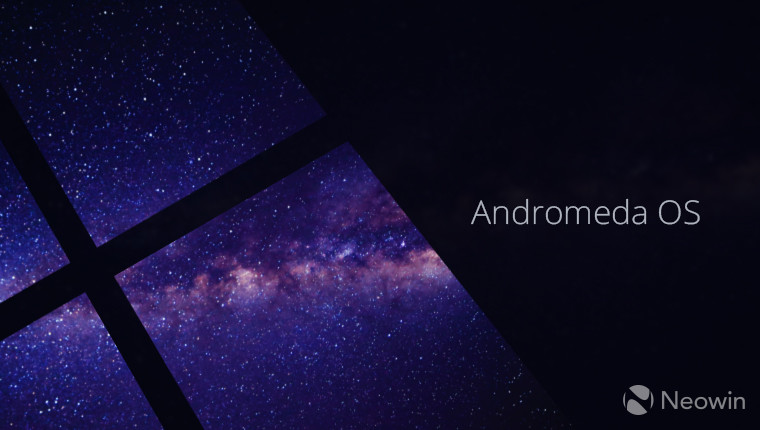 The existence of Microsoft's fabled foldable device, known as Andromeda, has practically been confirmed by the sheer number of patents, reports, and rumors surrounding it. Even though an official announcement has never been made, Microsoft has now added some more evidence of its existence in the latest SDK preview build for Windows 10.

Twitter user WalkingCat, famous for finding and sharing this kind of information, has discovered files in the SDK mentioning an "Andromeda device" and "Andromeda OS". As previously reported, Andromeda OS is just one variant of the upcoming Windows Core OS the company has been working on. WalkingCat has found mention of Polaris as well - the version of Windows Core OS targeted at more traditional PCs.

Windows Core OS is a new, "modern" version of Microsoft's flagship OS, which strips out most of the legacy compatibility and software, making the operating system lighter and more flexible. Core OS is said to adapt its interface to all different kinds of devices thanks to the new CShell UI.

Microsoft has been busy filing patents for many technologies and mechanisms surrounding the Andromeda device, be it for its hinge, the camera system, and even - more recently - the possibility of having a total of three displays on the device.

With so many hints but not a lot of official information to stand on, anything that can be said about the device at this point is pure speculation. We'll have to wait for Microsoft to publicly announce the device to see if it matches what we've seen so far.