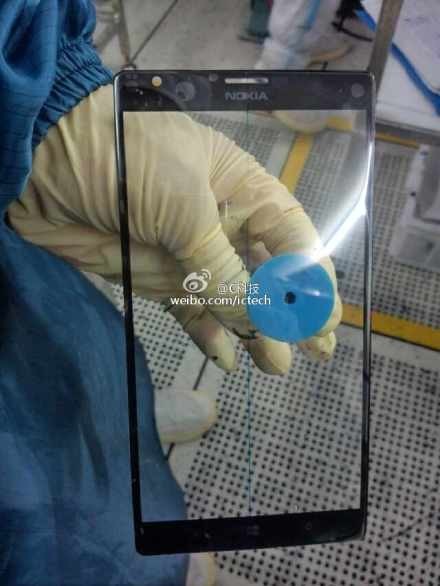 It's been rumored for some time that Nokia has been working on a Windows Phone 8 device with a large screen to compete with the likes of the Samsung Galaxy Note series. In fact, in July a Chinese site posted a leaked photo showing what it claimed was the display plate for the Nokia phablet.

Today, The Verge claims to have more information about the Nokia Windows Phone phablet, which it says will have a 6 inch 1080p display. The smartphone, which the article claims has the code name Bandit, will have a quad-core Qualcomn Snapdragon processor and a 20 megapixel rear camera, which will cause the back of the phone's case to have a slight hump. The report also claims that it will have a polycarbonate body and will be both thin and light, although specific dimensions and weights were not mentioned.

The report claims that the Bandit is currently being tested on AT&T and could launch by the end of 2013. The same story also claim that Nokia will release its current Lumia 925 smartphone, with its aluminum body, for other carriers in the US. Currently, the smartphone is an exclusive at T-Mobile.

Source: The Verge | Image via ICTech