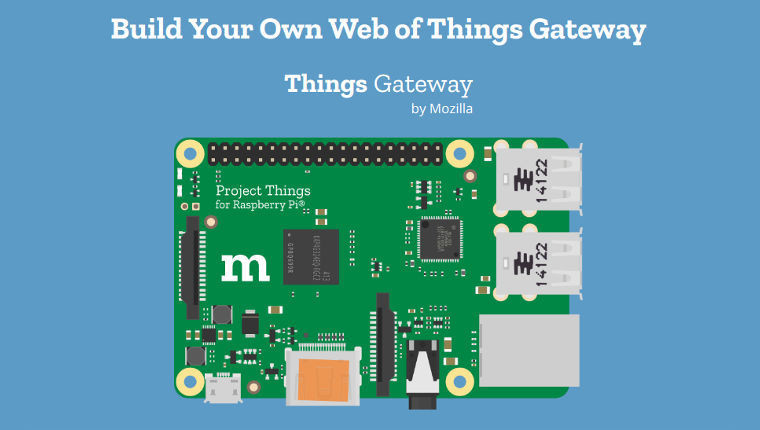 Mozilla has released a new update for its Things Gateway, making it easier for anyone to build one with just a Raspberry Pi. Things Gateway is a component of a larger project dubbed 'Project Things', which aims to give people a framework of software and services that can bridge the communication gap between connected devices.

In the announcement, Mozilla said:

“Today’s launch makes it easy for anyone with a Raspberry Pi to build their own Things Gateway. In addition to web-based commands and controls, a new experimental feature shows off the power and ease of using voice-based commands. We believe this is the most natural way for users to interact with their smart home.”

With this update, there are several new features, including:

Today’s release allows users to get up and running with Things Gateway easily; while it was available in the past, it was only accessible to those willing to tinker and with the technical know-how. Today’s release lets you easily deploy the software,﻿ allowing you to focus on actually using it.

Mozilla believes that if IoT devices continue to involve proprietary solutions, costs will stay high while the market “remains fragmented and slow to grow.” It hopes that Things Gateway can be an open alternative. It's important to note that this isn't another standard to compete with existing standards, but a layer that sits atop of them, binding them together and enabling them to communicate with each other.

Once you have your Things Gateway set up, Mozilla says the software will “guide you through the process of connecting to your network and adding your devices." Once the software is set up, it will "provide you with a secure URL that can be used to access and control your connected devices from anywhere.”