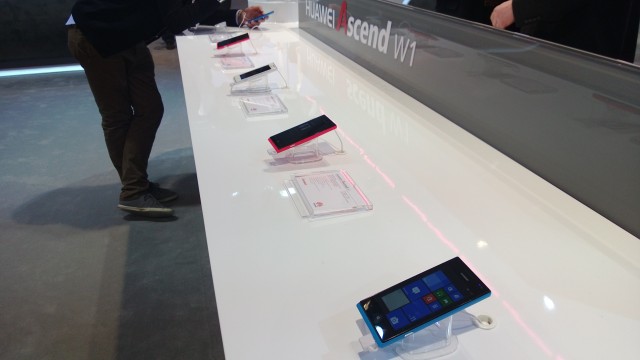 Prominently featured on an island in the centre of Huawei's stand here at Mobile World Congress sits a cluster of Ascend W1 handsets. The device is the company's first foray into Windows Phone 8 hardware; at the launch of the OS in San Francisco last June, Microsoft named Huawei as one of its launch partners, but the W1 wasn't officially announced until early January.

I got to spend a bit of hands-on time with the W1 today, and my first impressions of the handset were generally positive. 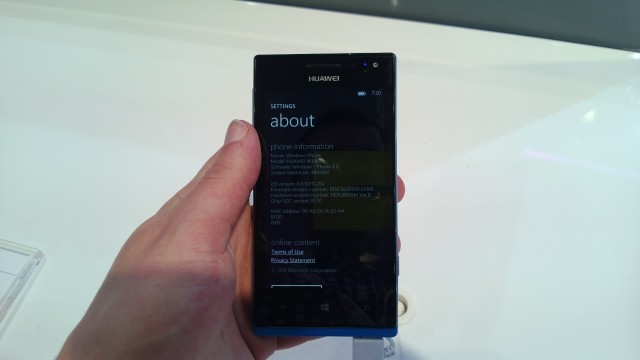 Despite being an affordable addition to the Windows Phone 8 hardware line-up, Huawei's hardware doesn't feel like budget hardware. The front of the handset is available in two colour options - black and white - while the back is covered in matte plastic, which feels curiously luxurious given its modest pricing and can be had in cheerful colours like shocking pink and Nokia-esque cyan. 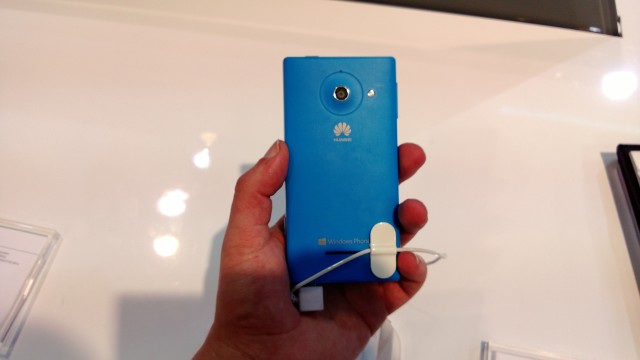 The white version is the better looking in my opinion, featuring silver edging around its front which, to my eyes at least, makes it looks a bit more remarkable and interesting than the black version. 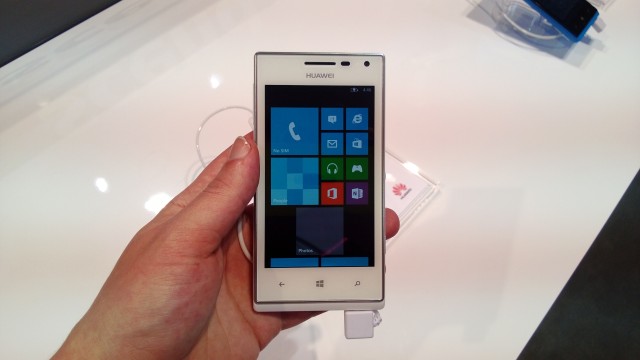 The camera is decent but not exceptional; even a casual few snaps taken on the stand led me to believe that it's just not as good as those found in devices like the Windows Phone 8S by HTC or Nokia's newly announced Lumia 520. It's not terrible, by any means - there are many far, far worse shooters to be found in Android handsets around the same price range - but perhaps given the relatively high standards set by other Windows Phone 8 handsets, I honestly expected a bit more.

While the screen was surprisingly decent, given its WVGA (800x480px) resolution, I found that navigating through the Windows Phone UI wasn't quite as smooth as on other WP8 handsets. There's no lag, and you won't find any screens hanging or crashing, as you might on a low-end Android, but it doesn't have the same silky smoothness that every other WP8 device exhibits in navigating through the OS; there was often just the tiniest hint of 'judder' in the animations and transitions.

Overall, however, the Huawei Ascend W1 appears to be a decent addition to the Windows Phone 8 hardware range, but while the keen pricing will be a big draw for smartphone buyers at this end of the market, some may be put off by the modest storage - just 4GB - and the absence of any value-added software, which Nokia, HTC and Samsung have all made available to their users.