One of the major themes of this year’s GSMA Mobile World Congress has been the rise of near-field communications, or NFC. More than simply talking about it, the GSMA and its partners have worked hard to put NFC front-and-centre, to offer a clearer vision of just how exciting this emerging technology can be in the real world.

It’s a wireless technology baked into some of the newest handsets, such as the Samsung Galaxy S III, Nokia Lumia 920 and Sony Xperia T, which allows devices to communicate with each other and to connect and interact with the world around them. 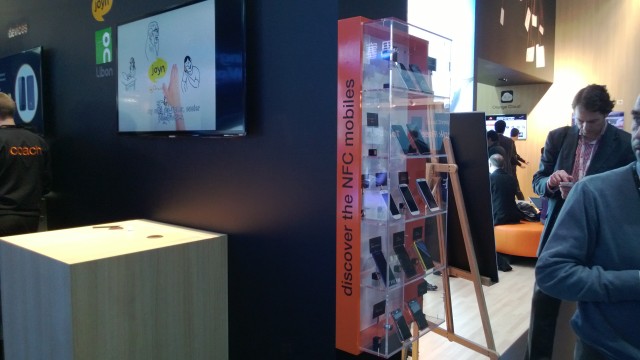 Sounds simple enough. But what would I use NFC for?

For example, in a museum, you might tap your phone against an NFC tag – a programmed embedded hotspot – next to a painting to learn more about the artist or other similar works of art. You could also connect your handset with an NFC tag on a movie poster to get access to an exclusive movie trailer.

By tapping two compatible devices together, NFC enables a wireless connection that allows you to share stuff like photos, music, contacts and web links; it’s not always entirely seamless, as I found when I reviewed the Nokia Lumia 820 a few weeks ago, but when it works, it works well.

NFC also facilitates making payments with your handset in the real world, such as in a store or restaurant, or to pay for public transport. You can also use NFC for identification purposes.

Use NFC for ID? How?

Here at MWC, the GSMA has offered a new means of gaining access to the Fira Gran Via conference centre, aside from the usual physical badges. A select few visitors have been offered the NFC Badge app, including a virtual access pass which, once validated, offers access to the centre at the tap of a device. 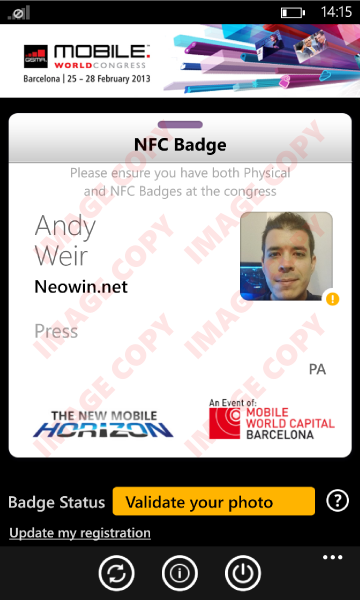 A Fast Track queue offers speedy access to those with an NFC Badge – when I tap my Lumia 920 against the reader, my mugshot appears on a screen for security staff to confirm that it’s me, and then I zoom off inside.

Okay, this NFC stuff sounds pretty cool. So why hasn’t it taken off yet?

NFC technology isn’t new, but getting the infrastructure in place to transform the vision into ubiquitous reality takes time. Making sure that all new devices include NFC, getting organisations to adopt the technology, and educating millions of consumers on its benefits, is not an overnight job.

Here in Barcelona – the “mobile world capital” – that effort is being made and the results are visible. Major tourist attractions, such as the Sagrada Familia and Picasso Museum now offer improved visitor experiences through NFC interaction points, while dozens of restaurants, bars and shops across the city have also made the jump to accept NFC mobile payments. 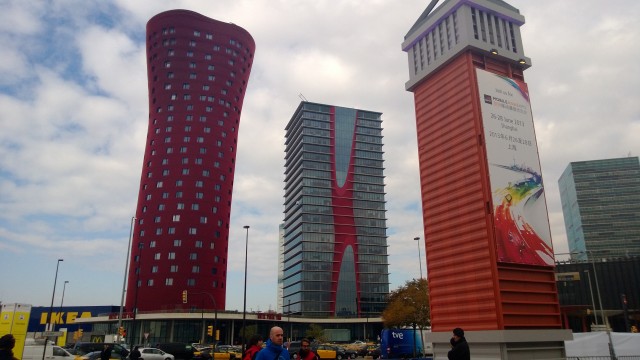 The high-tech Hotel Porta Fira Santos (above, left), just over the road from the main MWC venue, is also participating in a trial to use Sony Xperia T mobile handsets to gain access to hotel rooms, with virtual keys sent to the device and stored securely on the handset.

So, in a nutshell, NFC is designed for businesses who want to make stuff a bit cooler for consumers?

Yes and no. There’s an amazing opportunity here for businesses to engage with consumers in new ways – from mobile wallet transactions to interactive shopping and exhibits. But NFC isn’t just for businesses.

Samsung is one company that’s working to introduce NFC to consumers on a much more personal level. Here at Mobile World Congress, Samsung has been showing off its TecTiles technology, which allows users to buy programmable NFC stickers that interact with their devices, such as the Galaxy S III and Galaxy Note II. 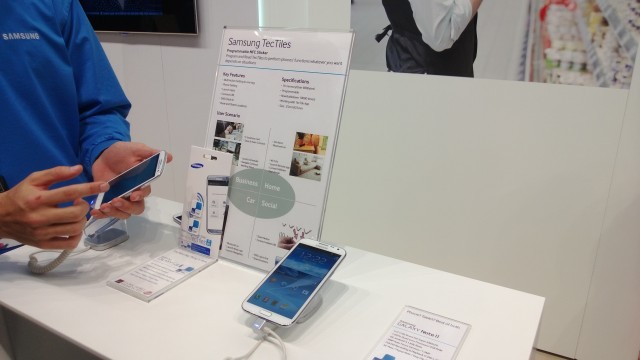 Let’s say that when you get to work every day, you have to manually connect your handset to your company’s wifi network, switch your alert tones to silent/vibrate, and launch your company’s in-house app. With a TecTile, you can pre-program those functions and assign them to an NFC sticker on your desk, so that when you get to work and put your phone down on the TecTile, all of those functions happen automatically. If you change jobs or move to another desk, the sticker easily peels away and sticks elsewhere.

You could even put one of these NFC stickers on your car dashboard, so that when you start your drive to work, you just tap your phone against the sticker, and your phone will, for example, start up Spotify, launch the sat-nav app and divert your calls to voicemail, in case you don’t want to be disturbed while driving. If you want to reassign the sticker to a completely different set of tasks, it can be reprogrammed up to 10,000 times.

NFC opens up a world of new possibilities, and virtually everyone here at MWC that I’ve spoken to agrees that, so far, the industry has only really scratched the surface when it comes to exploring its potential to transform how we interact with our devices and with the wider world.

Watching that potential be realised in the years ahead will be absolutely fascinating.