The robots are coming and they are going to take over. These are words we have heard echoed from all corners of the world from many prominent figures in technology and a century from now they just might ring true.

Professor Stephen Hawking has said that he fears the rise of artificial intelligence and our increasing reliance on computers. Elon Musk even reportedly provided ten million dollars to an AI firm to keep tabs on its development. We can now add another interesting perspective regarding artificial intelligence from Apple co-founder, Steve Wozniak, who stated at a recent conference that he thinks robots will treat humans like "pet Labradors". 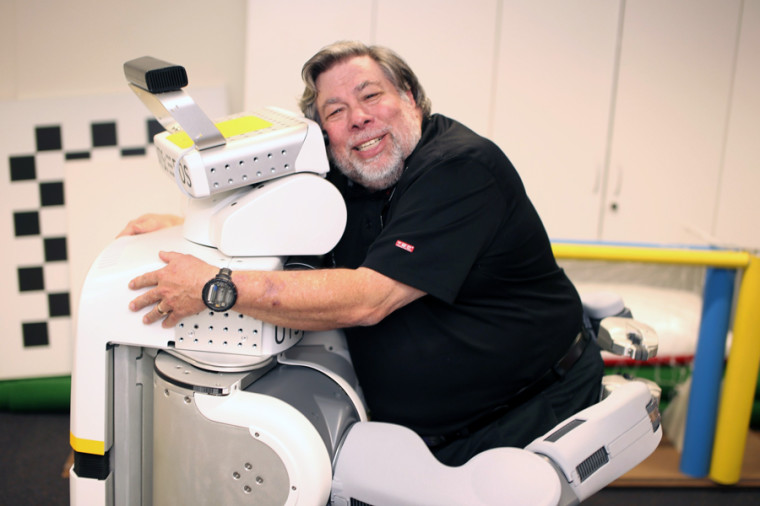 It sounds awful at first, but when you figure the alternative (something that has clearly kept "Woz" up at night) this actually seems like a pretty good outcome. Steve Wozniak, who was speaking at the FreeScale Technology Forum in Austin Texas, said that robots will be smart enough to realize humans have a place in nature and will therefore keep us around, but rather than equals we will simply be their own pets.

He adds that the ability for AI to accomplish this is probably 100 years out. Wozniak thinks the reason they'll keep us around at all will be due to the fact that we were their original creators - but while that's true, we do hope they see it our way when the time rolls around.

There's no doubt that technology has been progressing at an incredible rate. With emerging segments such as the Internet of Things, our lives are becoming more intertwined and dependent on artificial intelligence than ever. It certainly begs the question of how big our technology demands can grow before we lose control over it. After all, in a world where programs can write news articles nearly indiscernible from a human's, we wouldn't blame you for wondering if you've been reading the words of a robot this whole time.