Perhaps the most important rule to remember when using someone else's computer is that you should always log out when you're done. Even when you're using your best friend's computer, forgetting to log out of sites can sometimes cause embarrassment (or leave the door wide open for them to play pranks on you), but when you're using a device belonging to someone you don't know particularly well, it's even more critical to keep that rule in mind.

But when you embark on a life of crime, and take to entering the home of a total stranger to steal their stuff, an entirely different rule comes into play: whatever you do, don't log in to anything on their computer.

Now, some of you may be thinking that surely, surely this goes without saying. Surely no burglar would be stupid enough to enter a stranger's home, steal their possessions and then log in to Facebook mid-burglary. Right?

Wrong. As CBS Minnesota reports, it appears that that's exactly what happened last week in St Paul. Police arrested 26-year-old Nicholas Wig for the alleged burglary of a home, after the homeowner, James Wood, discovered that Wig had not only logged into his computer, but had also neglected to log out afterwards. 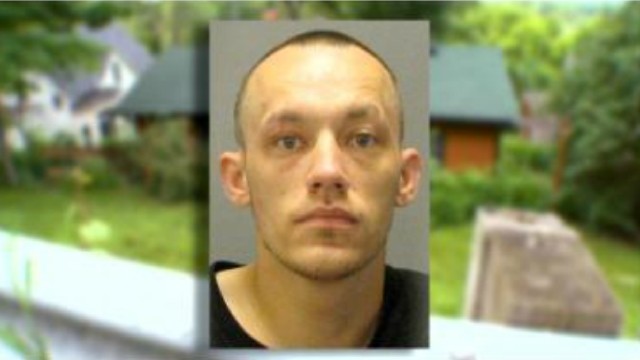 But the criminal's stupidity went even further than this oversight. After seeing that his credit cards, cash and watch had gone, Wood found a pair of shoes, jeans and a belt that were all wet, left inside his home, apparently left by the thief on the rainy night of the break-in. Wood contacted Wig via his Facebook profile and even gave him his phone number, hoping he would call, and indeed he did.

The two men agreed to meet as Wood offered to return the man's clothes, asking only for a cell phone to be returned that had been stolen in the burglary. Unsurprisingly, Wood called the police as soon as he recognized Wig from his profile in the street, and he was arrested shortly afterwards. He was still wearing Wood's watch.

Dakota County Attorney James Backstrom said: "I've never seen this before. It's a pretty unusual case, might even make the late night television shows in terms of not being too bright." Wood's comments on the thief were more succinct: "World's dumbest criminal."