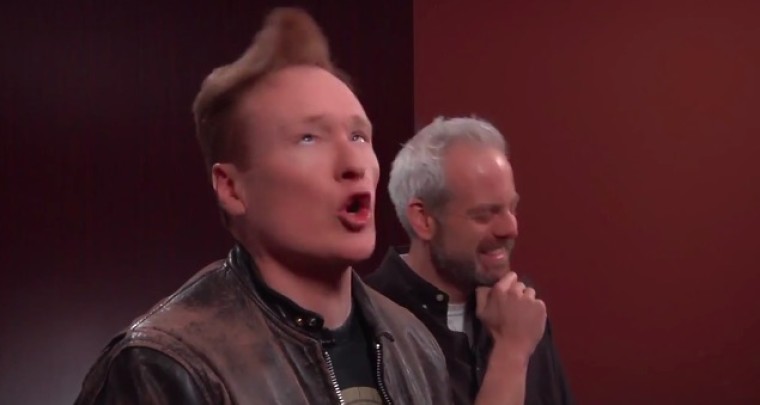 Comedian Conan O'Brien often explores upcoming videogame titles on his "Clueless Gamer" segment where he tends to inject a bit of humor in his playthroughs. This week he dives into the upcoming title by CD Projekt RED, "The Witcher 3: Wild Hunt", which is due on the Xbox One, PS4 and PC on May 19th.

With heavy persistence, O'Brien is able to battle his way to Yennifer. In the final moments of the segment, he is able to finally carry out his fantasy by laying with his fair maiden. Perhaps, what makes this moment even more grand is that it all occurs on top of a white unicorn. It's clear that CD Projekt RED might have outdone themselves with this one scene and that they are confidently pushing the envelope in the third installment in "The Witcher" series.