The new NAS (MS2110) network storage, featured with social media connectors, so you can instantly upload your photos to networking sites such as Facebook. The Netgeat NAS system comes with 1TB RAID1 of storage, with two upgradable bays. The MS2110 system can use RSS feeds for synchronizing your photos, videos and digital media with digital picture frames and other home media.

Netgear will introduce a new RangeMax Dual Band Wireless-N Gigabit Router for in home networking. Two models of the Dual Band Wireless-N router will come out in 2010; the standard 2.4Ghz DGN2200 and DGN2200M the mobile broadband edition. Their routers and 5-port switches will come with colour coded ports, for prioritizing bandwidth to devices. 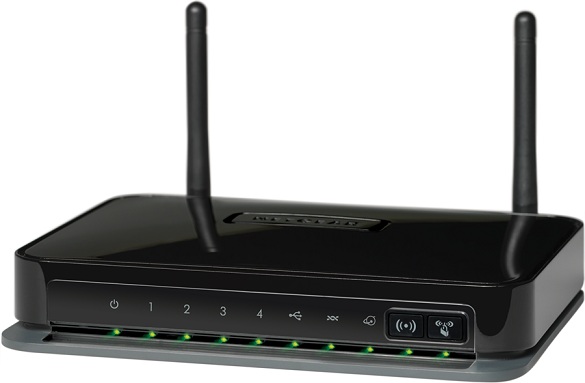 Netgear will be coming out with a smaller, compact AV Internet network kit for in home use. The AV kit, half the size as previous models, allows consumers to use their home power plug to setup a home network, without all the wires running through your house.

Netgear announced new exciting technology in most of the upcoming hardware, which upscales your digital videos, improving sharpness. Netgear also announced faster streaming, up to 3X faster than before on in home wireless media.