From the high-speed chases and amazingly detailed cities, to the unbridled chaos and indiscriminate carnage, there's much to enjoy in the virtual worlds of the Grand Theft Auto series. A favourite feature for many who have played the various GTA titles is the awesome array of music and radio stations that you can tune in to, while cruising around town, or storming across the city to complete your next mission. 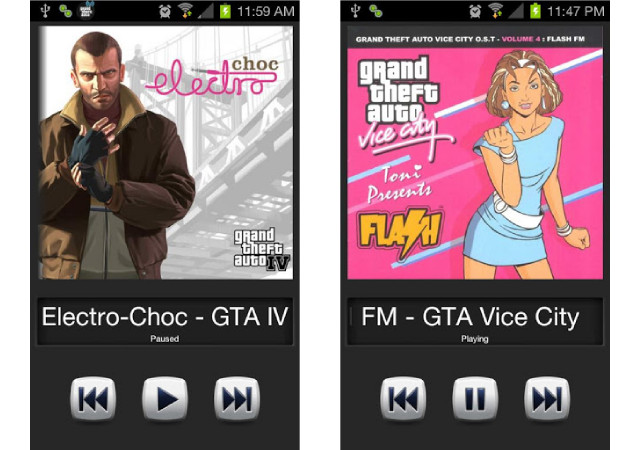 Now you can rock out to Radio:X, funk it up with IF99 or discover yourself with Self-Actualization FM, without being anywhere near your PC or console. An app has just been released for Android, which brings you many of the radio stations from GTA III, Vice City, Vice City Stories, Liberty City Stories, San Andreas and GTA IV. While the selection of radio stations isn't yet complete, the developer promises that the gaps will be filled in soon, starting first with some of the missing stations from GTA IV.

The app doesn't appear to be associated with GTA's developers, Rockstar, in any way so we'll have to see just how long it will remain available to download. Given how popular the radio stations are among users - especially given some of the hilarious content you can find on them - it's surprising that Rockstar themselves haven't made a similar app available already.

Still, assuming you manage to download the app, just make sure that you don't get too immersed into the stations while walking down the road, and end up hijacking a car and leaving a trail of destruction behind you.