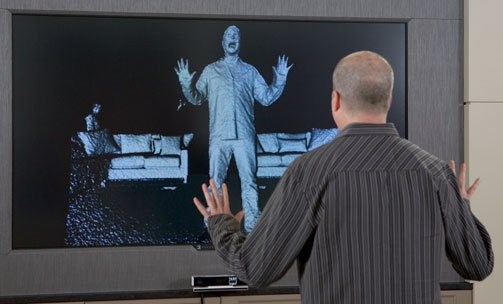 In a post on the Kinect for Windows blog, Microsoft stated:

The blog also goes into some details about what the new Kinect for Windows hardware will be like. Microsoft says it will have a new HD color camera along with a new microphone that's been made to recognize human voices in crowded rooms. The sensor will also have a larger field of view that will allow for less customization of rooms in order for the Kinect to work.

The new sensor has better skeletal tracking, according to Microsoft, which will allow it to track six skeletons at once, along with being able to track more individual points on a human body, such as the tip of the hand and thumb. Finally, the new active infrared hardware will allow the new Kinect for Windows device to work in almost any lighting condition.

Microsoft is promising to show off more of what the new Kinect for Windows hardware can do during the BUILD 2013 developer conference in late June.