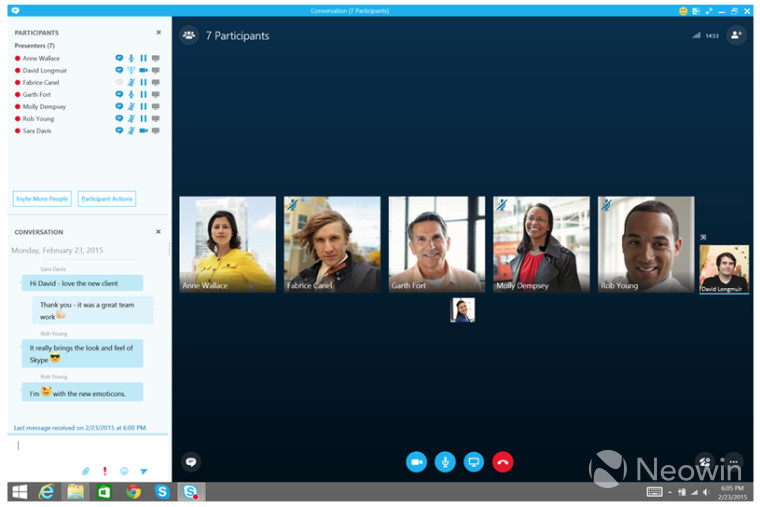 Late last year, Microsoft announced that Lync would be rebranded as Skype for Business. While we have not heard much on that front this year, there are now new images that show the platform inching closer to release.

We have posted a few screenshots of the updated chat client, and if you're saying it looks a lot like Skype, that's exactly the intent. 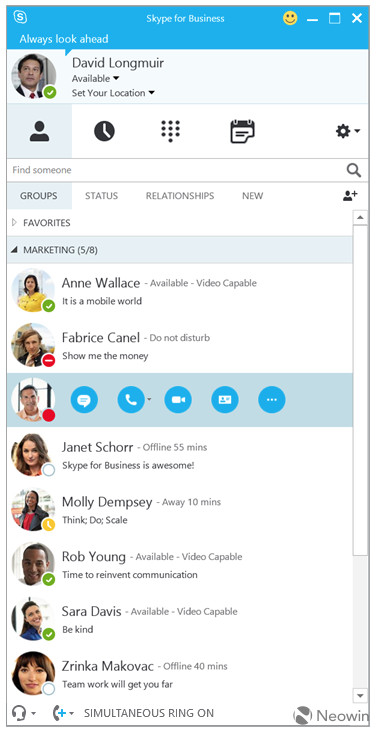 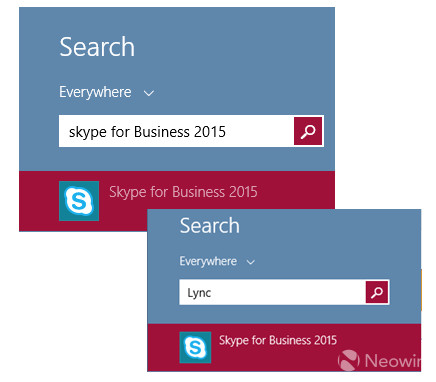 The move to bring Lync under the Skype for Business brand echoes Microsoft's broader strategy of recognizing that devices and services work best when they are designed to accommodate the needs of both work and play. Recently, the company announced a "Work & Play Bundle," featuring a year of Skype with Unlimited World + Wi-Fi access, Xbox Live Gold membership, Office 365 Home and an Xbox Music Pass.

Still no word on when this update will roll out to everyone, and from what we are hearing, this change is mostly cosmetic (for now). Which makes sense: remove the Lync branding, make it look like Skype, and move on with life.

Thanks for the tip Jordan!