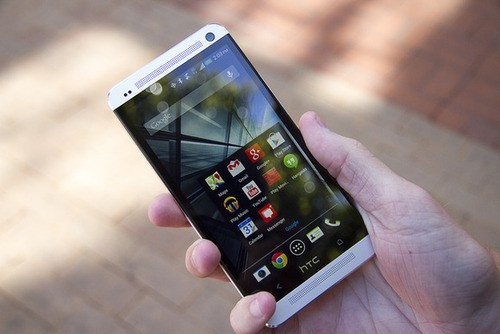 The "M8" is likely to share the same award-winning design as the original.

HTC is planning to release the successor to the HTC One as soon as March, according to a person with direct knowledge of the plans.

While the release date for the phone codenamed “M8”, was revealed last December during a legal dispute between HTC and Nokia, the latest information has given us more insight into the specifications of the phone.

According to an inside contact at Bloomberg, the phone will feature a larger screen and a twin-sensor rear camera, an improvement from the previous 4 Ultrapixel camera. The device will also feature a higher end Snapdragon processor and is likely to have a generous screen size of at least 5 inches. The unidentified source also reveals the current CNC machined design of the One will form the basis of the next design.

Twin sensors on the rear of the new handset will provide better focus, depth of field and image quality according to the inside source. Considering the current generation device has already been offered an upgrade to the latest Android firmware, it would not be a surprise to see the M8 installed with 4.4 KitKat.

Since the release of the HTC One Max, the electronics company is looking to head into a new direction after recently hitting financial trouble. Stiff competition from competitors Samsung and Apple meant the Taiwanese company failed to provoke a positive reaction from consumers with its high-end range. The company now plans to focus on mid to low-range phones to begin its long road to recovery.