Flurry's tracking system works with more than 10,000 developers' applications on the iPhone and Android platforms. Based on the applications used by new mobile phone users, Flurry can track roughly how many users purchased and used the phone in the first month.

Googleâ€™s poor sales could be the end result of poor advertising with a small budget compared to the iPhone and Droid.Â  The Google Nexus One is also limited to T-Mobile, but does come unlocked, if purchase through Googleâ€™s website.

Note that these are only early predictions and sales figures may actually be much higher than the results shown.Â  These figures do give a rough estimate on how many devices have been sold, something that Google should be very worried about. 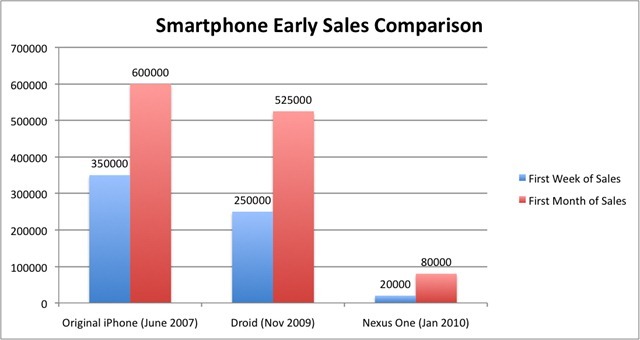