Nintendo, the gaming company which launched the highly successful Switch handheld console in March 2017, announced that it has now partnered up with Western Digital, in a bid to launch a series of licensed memory cards for the console. 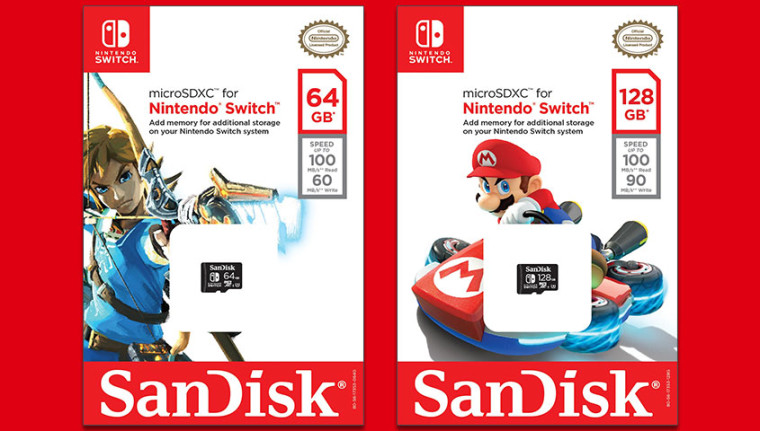 The Nintendo Switch, which only comes with 32GB of onboard storage, requires the user to expand this with additional capacity through the microSD card slot on the device. This is not a hard requirement since most games - when a physical copy is purchased - come in cartridge form. However, the company noted that since its online store has become a popular portal for indie developers to sell their games, downloads may become more common and Switch owners might require increased storage when they do decide to buy any of the downloadable content.

These memory cards are aimed at these particular users, giving them an easy to recognize product on store shelves, as Vice President of Product Marketing at Western Digital, Sven Rathjen explains:

“As more and more amazing games and related content become available for download on Nintendo Switch, our licensed memory cards allow users to quickly and easily expand their storage. Nintendo Switch has generated tremendous momentum, and we are thrilled to partner with Nintendo to offer consumers a trusted card for their system.”

These SanDisk and Nintendo branded cards will start to appear on store shelves in October and will come in either 64GB or 128GB options, however, pricing has yet to be confirmed.

The Nintendo Switch has seen great sales success since the company has sold over 4.7 million units to date as earlier reported. Beyond that, Nintendo recently announced a new bundle, which includes the blockbuster Splatoon 2 game, and distinct pink and green neon Joy-Con for $379, launching September 8.