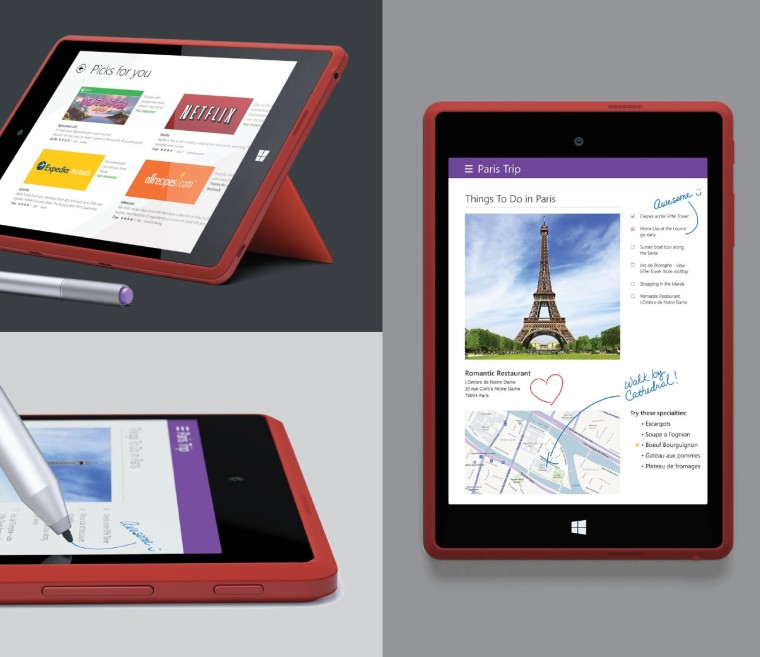 Earlier this year some images surfaced of the canceled Surface Mini tablet after Windows Central got its hands on one of these devices. However, not much was revealed beyond the basic specifications and a look at how the device would have functioned.

Evan Blass, also known as @evleaks on Twitter, has revealed some new information about the famed device, including marketing materials and a full list of specifications. According to the information, the tablet would have launched with several color options - Black, Red, and Blue - with the Surface Mini being wrapped in a polyurethane fabric, possibly similar to the Alcantara fabric Microsoft is known for using in its Surface Keyboard range. Beyond that, it revealed that the device would have shipped with 'Surface Iris' - presumably the same thing as Windows Hello - and the Surface Pen in the box. 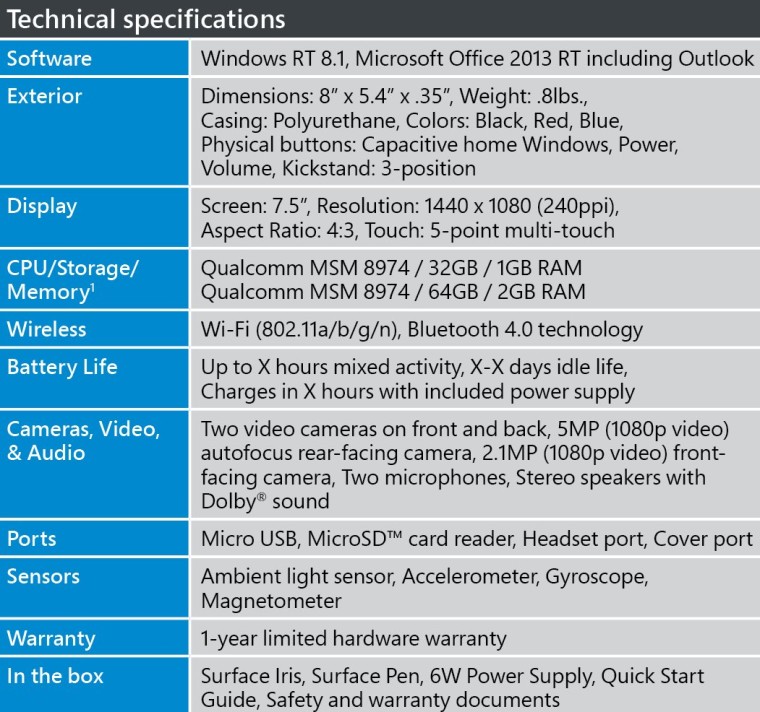 Beyond that, nothing too surprising was revealed. The device would have shipped in two variants; with customers having a choice between 1GB RAM and 32GB storage, and a version with 2GB RAM and 64GB of storage. Both of these would have sported the Qualcomm MSM8974 SoC, more commonly known as the Snapdragon 800 processor. Battery life, however, has been redacted from the information sheet for some reason, possibly due to Microsoft not being able to test this before it canceled the rumored tablet.

The Surface Mini was expected to launch in 2014 and was rumored to have taken the place of the ill-fated Surface RT device. It was, however, abruptly canceled by the company days before the New York event where it was rumored to have been showcased. Notably, Brad Sams managed to experience the tablet, and concluded that 'Microsoft killed the wrong product'.