On Wednesday, Nintendo officially unveiled the next DS portable gaming device. Called the DSi XL, Nintendo's latest creation boasts two screens that are 93 percent larger than the DS Lite. Along with the massive screens comes a larger price tag. The DSi XL is set to retail for US $190 when it hits stores on March 28th (in burgundy and bronze).

The folks over at CNET were able to score some hands-on time with the DSi XL earlier this month, and noted it was significantly heavier than the DSi Lite and DSi. Games apparently looked great, and CNET enjoyed the new stylus, even though it doesn't snap into the unit like previous DS models. Nintendo is clearly marketing the new DSi XL as a social device, considering the wide viewing angle on the larger screens.

Below are product images of the Nintendo DSi XL, courtesy of CNET. 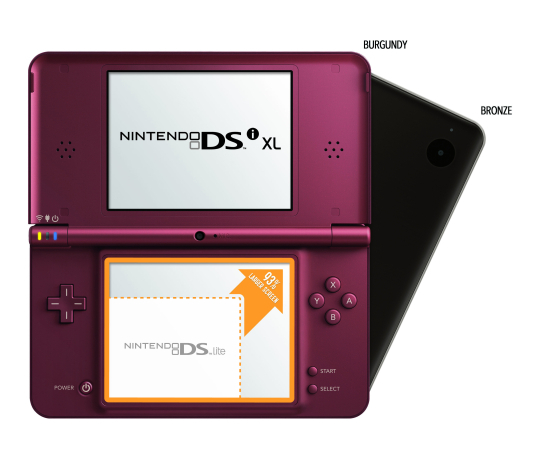 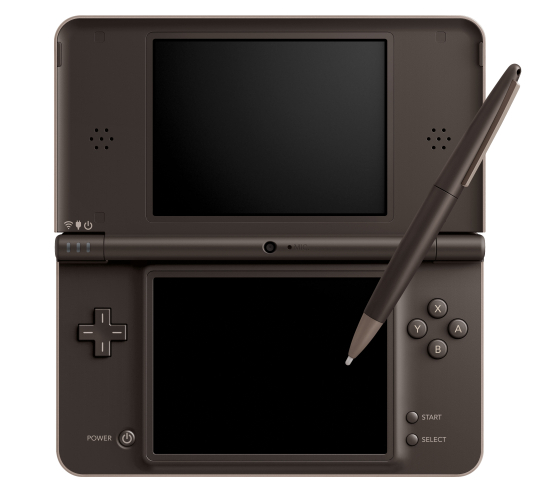