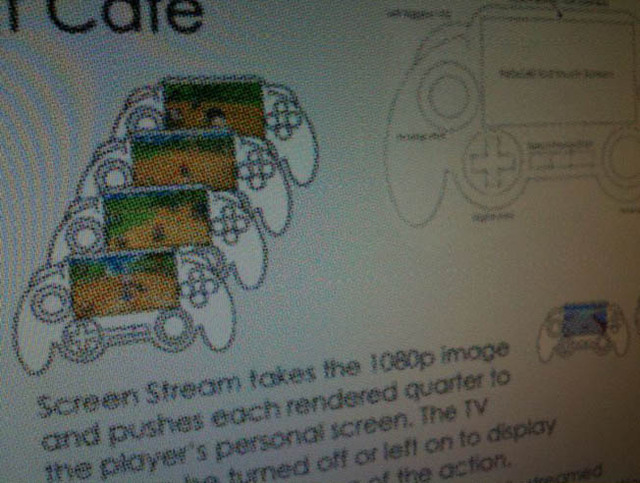 There have been rumors that Nintendo may be planning to bring its next generation Wii to the consumer market in the very near future. What we haven't seen, until this point, are any leaks of the new platform. That all changes today with new images surfacing that show the new platform including "Screen Stream" controllers.

The information comes courtesy of neogaf.com and IGN. The images show off the new controller platform with a screen attached to the device. The idea is that the 1080p image can be split into four sections and sent to the users controller. Imagine playing a multiplayer game with four friends, the screens would allow you to only see where your character is in the game and mask it from the others sitting right next to you.

The codename for the next generation platform is "Project Cafe" and could land as early as later this year. If the slides hold true, it seems that Nintendo will be looking to bring the handheld gaming experience a little bit closer to the home console market.

What else Nintendo has in plan for the next generation console still remains to be unearthed. It is reported that the console will likely cost between $350-$400, support 1080p and stereoscopic 3D.