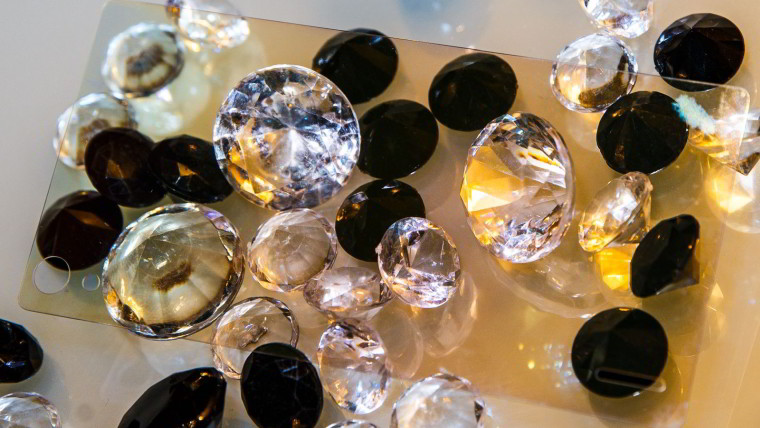 One of the biggest worries when you get a new smartphone is the possibility of accidentally cracking the screen. Companies make a lot of extra money on special cases and warranties to cover such a calamity. Now imagine screens made with one of the hardest substances in the world. And it could be coming to a phone by 2019.

The new glass, created by Akhan Semiconductor, is made from lab-grown diamonds and uses a randomly organized nanocrystal pattern that makes cracks a lot less likely. Dubbed Miraj Diamond Glass, the product is expected to be much more reliable and harder to damage than current screen glass that has crystal toppers or shatterproof coatings.

The product was originally supposed to make its debut in 2017, but that obviously didn't happen. Now, company CEO Adam Khan has told CNET that the glass is currently in testing with a phone company, although he refused to name it. The company is reportedly testing the strength of the glass and whether it will allow the proper transmission of electrical signals through it to allow finger navigation and inputs.

Another aspect being tested is reflectance, or how light bounces off it. The best diamonds are usually known for their sparkle, something you wouldn't really want in a phone screen as too much reflectance would make the display harder to see.

Even if the process is perfected and you get a shatterproof display, you can probably expect to pay extra - money that would have normally gone to a warranty or extra screen protection. Diamonds aren't cheap. But you should have until 2019 to start saving for the potential increase.

Of course, you could also go the route of the self-repairing screen as well.