While the wait is not over yet, Nokia is getting closer to releasing its first Windows Phone branded device. The company has already assured the public that we will see a Nokia branded device in Q4, although we have yet to see Nokia unveil these products.

But for those who are waiting, the latest leaks, acquired by Pocketnow.com, show off the Nokia 800 and its potential marketing strategy. The images posted below show the new device and marketing tactics. 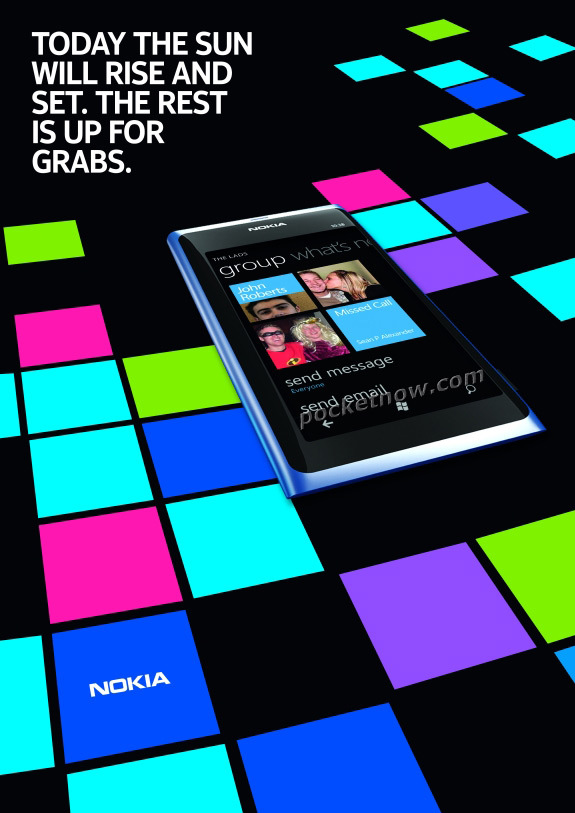 The tagline of "Today the sun will rise and set. The rest if up for grabs." and "Take, tag, sort and share. All in flash" would appear to be the motto that Nokia will use for its initial batches of Windows Phone devices.

It is believed that the device that was code named Searay will be called the Nokia 800. With Nokia World right around the corner, where it is expected that the company will show off its devices, we will finally hear Nokia's strategy and finally get a release date for the highly anticipated hardware. 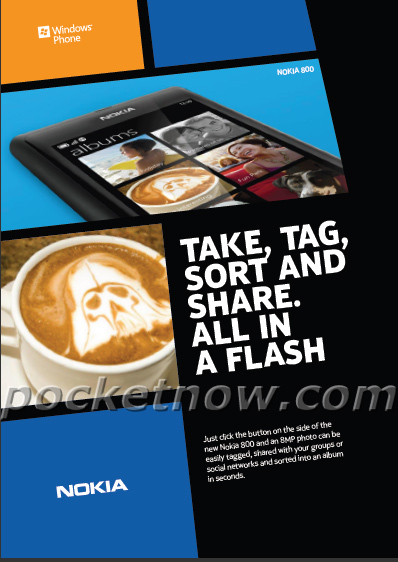 Microsoft is betting that its partnership with Nokia will help expand the reach of its products. While the sales of Windows Phone devices have been slow, with the introduction of Nokia hardware, Microsoft is expecting big results.

Update: Eagle eye reader hotosega has pointed out an interesting flaw that could mean these images are fake. In the first image, the time is posted on the bezel of the device, not on the screen; this obvious error discredits their authenticity.