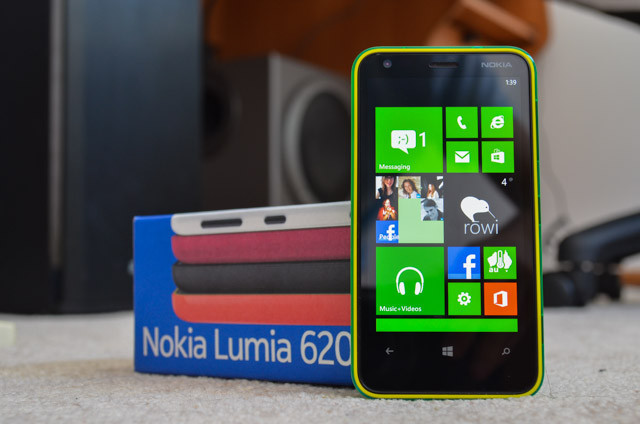 If you live in Houston, Texas, or in Orlando and Tampa, Florida, you can be one of the first people in the US to purchase the Nokia Lumia 620, the budget Windows Phone 8 smartphone that was first announced in December.

Nokia's blog reveals that the Lumia 620 is available for purchase in those cities via Aio Wireless, a newly launched subsidiary of AT&T that offers unlimited no-contract plans for $35 to $70 a month. Aio Wireless, which will expand to more U.S. cities in the coming months, will sell the Lumia 620 for an unsubsidized price of $179.99.

You can check out our own positive review of the Lumia 620 for more details but here's a quick summary. The 3.8-inch smartphone has a 1 Ghz dual core Snapdragon processor, 512 MB of RAM, 8 GB of on-board storage with a microSD card for more space, and a 5 megapixel rear camera. It looks like Aio Wireless is only selling the blue case version of the Lumia 620, rather than the yellow-green case we saw in our own review.

The Nokia Lumia 620 launch in the US comes on the heels of the Lumia 521 launch from T-Mobile, and the upcoming release of the Lumia 928 from Verizon next week.