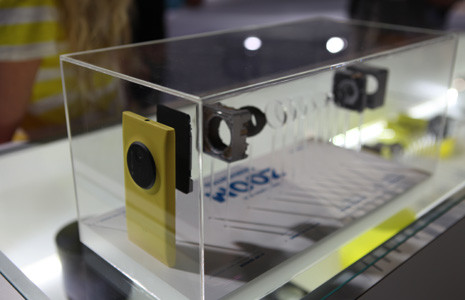 With the Nokia Lumia 1020 scheduled to go on sale today at AT&T's retail stores in the U.S., the company decided to look back at its long-running partnership with the camera hardware makers at ZEISS, which helped to develop the lenses in the new 41-megapixel Windows Phone 8 smartphone.

Indeed, as Nokia's blog post states, ZEISS has been Nokia's only camera partner for its phones since 2005. That's when ZEISS supplied the camera hardware for Nokia's N90 phone which had two megapixels. For the new Lumia 1020, the challenge was to make the 41 megapixel sensor and lenses smaller than the ones that were put into the 808 PureView phone, which was launched in 2012.

The Nokia Lumia 1020 also has six lenses inside, compared to the five in the Lumia 920. However, Schindelbeck claims that putting in six lenses actually cuts down on the thickness of the overall camera. This is due to the fact that putting in more lenses actually makes the sensor work less to bring in the light from the subject. Schindelbeck says, "With five lenses, they have to be placed further apart. With six, they can be pushed closer together, for the double benefit of a reduced overall thickness and improved image quality."