The Lumia range of Windows phones are doing quite well for Nokia, having shipped 4.4 million units in the last quarter; but the range that's doing even better for Nokia is Asha, their low-end smart and featurephones for emerging markets have been selling like hotcakes. An interesting and overlooked statistic on the Asha range is that, according to Nokia's own information, the devices are outselling the Lumia range by two-to-one after selling 9.3 million units for Q4 2012. 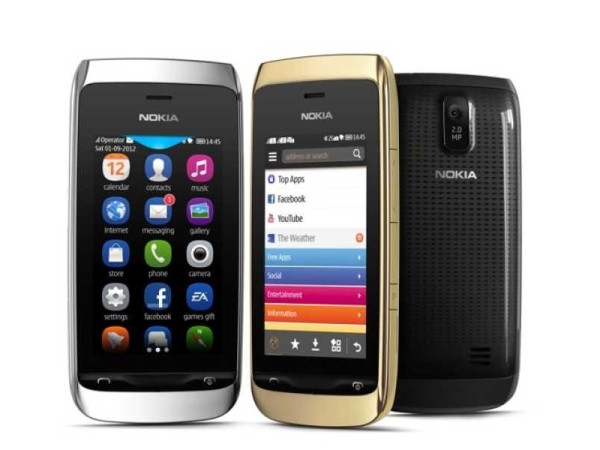 Perhaps even more telling of the success of Asha devices is that the 9.3 million units sold only include their touch models, meaning Nokia is probably selling even more of their super-low-end featurephone models. It also means 50% growth over the previous quarter, which saw 6.5 million units shipped, despite the fact that Asha devices run Series 40 – a relatively outdated phone operating system with limited functionality.

When speaking to AllThingsD, Raymond James analyst Tavis McCourt said that Nokia still has a lot to do to convince buyers in emerging markets to choose Asha over a competing low-end Android device.

India, Eastern Europe, Africa and Latin America are examples of of regions and countries where Nokia likely has a strong opportunity with Asha, but even in these markets Android phones are growing rapidly as well... While the Asha’s recent growth is encouraging, it’s not yet clear if Nokia can sustain it... it’s probably a bit early to declare victory for Nokia against low end Android competitors in emerging markets.

With that said, it's still looking like the death of Nokia is greatly exaggerated, and with full-year financial results to be published on January 24, we'll get a better picture of how successful both the Lumia and Asha ranges have been.