We have been following the rumors and speculation about Nokia's plans for a Windows RT tablet for some time. Today a new report from The Verge claims that the code name for the product at Nokia is Sirius. It's a name that popped up on a list of rumored codenames for future Nokia products a few days ago. 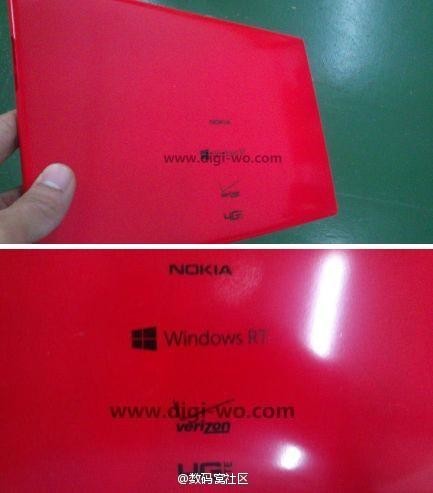 The report claims that the final product will look a lot like Nokia's Lumia Windows Phone devices and a bit different than images of a prototype version that made their way to the Internet a couple of weeks ago. The report also says that the Nokia tablet is thinner than Apple's current iPad, weigs just under a pound and has a projected battery life of up to 10 hours.

The rest of the report repeats what's previously been rumored about the tablet, including that it will have a Qualcomm Snapdragon 800 processor inside, 2GB of RAM, and 32GB of storage, along with a keyboard accessory that also has an extra battery. Nokia is rumored to officially announce the tablet, along with a possible 6 inch Windows Phone device, at a New York press event on Sept. 26.

Source: The Verge | Image via Weibo