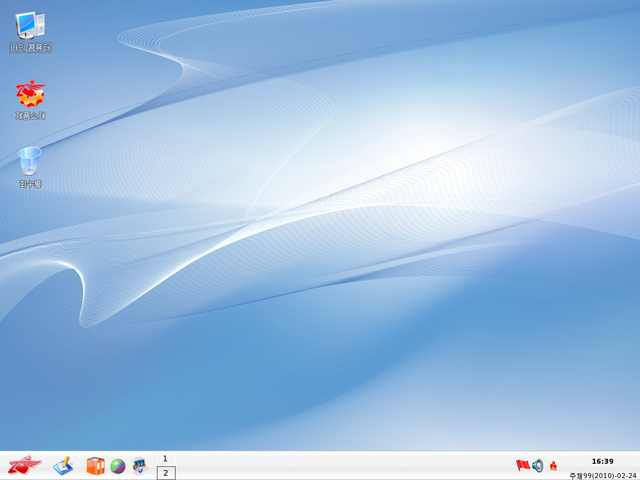 North Korea has developed its own Linux distribution to take on Microsoft.  The communist country has never been shy about wanting to separate itself from western technology and ideas, so it should come as no surprise that its now selling its own operating system.

According to Networkworld.com, who translated the page from Russian, the OS was purchased by a Russian student who is currently studying at North Korea's Kim Il-Sung University.

The operating system, dubbed Red Star, was purchased in Pyongyang for $5.00 and looks like your standard Linux distribution.  One major difference is that the date formatting has adopted the Juche ideology which contends that we are in the year 99 instead of 2010.

The OS included many features out of the box including a word processor, anti virus software (for those devastating Linux viruses), a few games and an email client.  The student who reviewed the OS said that it installed in about 15 minutes and was easy to use but was only available in one language, Korean. The OS requires a computer with a Pentium III 800MHz, 256MB RAM and 3GB hard drive space.