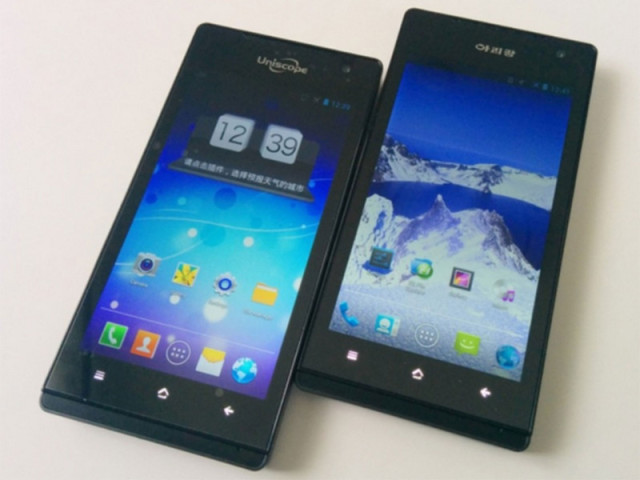 A while back it was reported that N. Korea's leader was touring a factory that was producing their first smartphone, as well as showing factory workers assembling the phone. That rumor was true, in fact the smartphone has pretty decent specs for such a shut-off nation.

The North Korean designed smartphone features an unknown version of stock Android, although it is likely an iteration of 4.x. The phone has a 1GHz Spreadtrum CPU, 4GB of flash storage, an 8MP camera on the back, and a 2MP camera on the front. It is named the Ariang AS1201, and is unsurprisingly similar to the China-made Uniscope U1201, which is likely the reason the phone is rumored to be made in china. The release date for the North Korean smartphone is unknown.

There is plenty of speculation around this device being made for consumers in North Korea. It is said that the parts for the device are made in China at an unknown factory, and assembled in North Korea, but that is unconfirmed. What is confirmed is that North Korea is finally getting up to speed in technology, although theirs is still lacking comparatively.