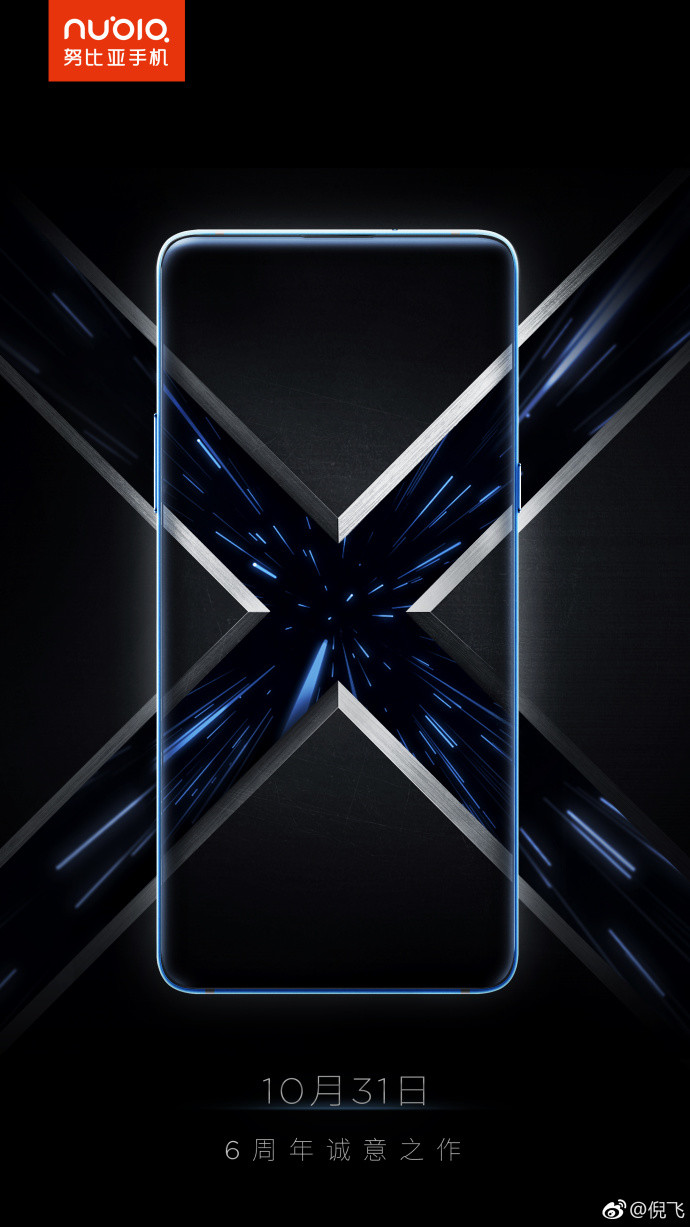 Chinese smartphone maker Nubia is turning out to be one of the most interesting smartphones companies this year, experimenting with different form factors and device types. After turning a lot of heads with its foldable smartphone/wristwatch hybrid at IFA earlier this year, the company is now planning on releasing a dual screen phone.

A new teaser by the company's CEO on Chinese social networking site Weibo shows the device will most likely be called the Nubia X. An earlier leak has already given us a pretty good look at what the phone will look like, with its 6.2-inch front screen and the 5.1-inch OLED panel on the back.

Curiously, the phone does not have a front camera. The change is understandable, since users can simply use the phone's main camera and the screen on the back to take selfies.

The phone's purported specifications include a Snapdragon 845 paired with 6GB of RAM, placing it squarely in the ranks of flagship devices. It is said to be powered by a 3,800mAh battery and will, unfortunately, be running only Android 8.1 Oreo at launch. Two colour choices, Gold and Black, will be available.