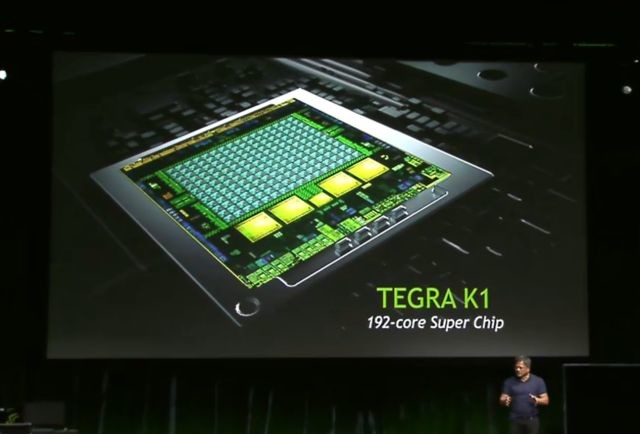 NVIDIA promised some news on Sunday night during its CES 2014 press conference and it delivered when it announced plans to launch the Tegra K1. Their next generation mobile processor is based on the Kepler architecture found in the company's latest PC GeForce graphics cards with 192 cores.

The Tegra K1, which has previously been demoed under the code name "Project Logan," is being promoted by NVIDIA as a way to bring graphics that are normally found in high end PCs and consoles to mobile devices. NVIDIA announced that Epic Games will port their latest graphics engine, Unreal Engine 4, so it will run on the Tegra K1. The press conference showed off a couple of Unreal Engine 4 demos running live off of the chip, showing off some impressive lighting and shadow effects, along with detailed textures and more. 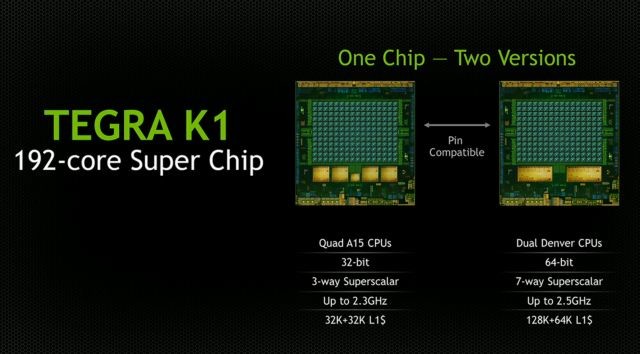 The Tegra K1 will actually be released in two versions. One will be a 32-bit ARM Cortex A15 design with "4-plus-1" CPUs that will have a clock speed of up to 2.3GHz. The other version will have two 64-bit CPUs that have been designed by NVIDIA under the code name "Denver" that are based on the ARMv8 architecture, with speeds of up to 2.5 GHz. NVIDIA briefly showed off how the Denver version of the Tegra K1 ran on a Android desktop during the press conference.

The 32-bit Tegra K1 is expected to start showing up in devices in the first half of 2014 while the "Denver" 64-bit version will begin to be put into products in the second half of the year.